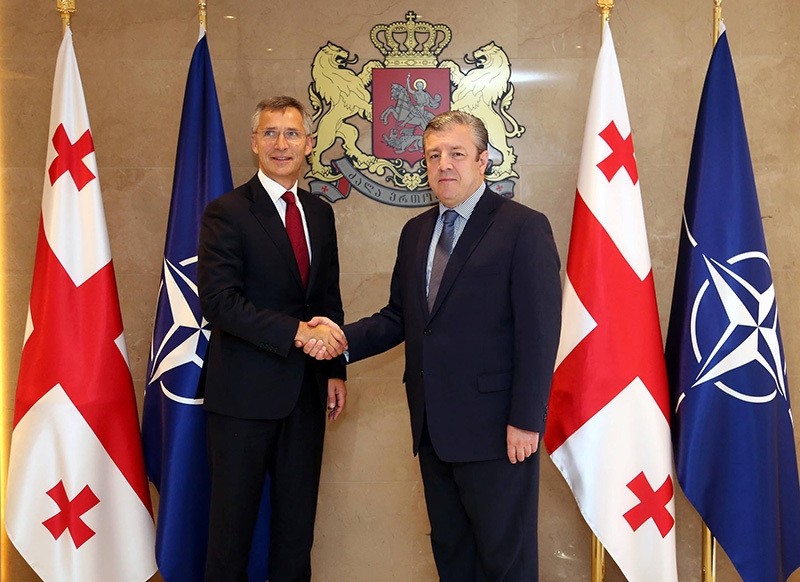 NATO Secretary-General Jens Stoltenberg said Wednesday the alliance would strengthen its presence in the Black Sea.

The NATO head emphasized they would expand their presence in the Black Sea region in line with a decision taken during the alliance's Warsaw summit in July.

The outcome of the Warsaw summit suggests that, geographically, three regional flashpoints could be possible confrontation lines between NATO and Russia: the Baltics; the Eastern Mediterranean; and the Black Sea.

Stoltenberg told reporters: "We have seen an increased Russian presence in the Black Sea region and we have also seen a substantial military build-up in Crimea by Russia.

"We are working on that with our military planners now to decide exactly how that is going to take place."

"For NATO and NATO allies, it is important to have close contact with partner countries like Ukraine and Georgia -- being non-NATO members but NATO partners -- and to dialogue with them regarding our increased presence in the Black Sea," the NATO chief added.

Stoltenberg has dismissed claims that NATO is dragging its feet on Georgia's bid to join the alliance for fear of enraging Russia.

Asked about the role of Russia in NATO's decision-making over Georgia, he said it is only up to NATO members and Georgia to decide and "no one else has the right to interfere or try to veto that process."

Stoltenberg stated that they supported the Tbilisi government in making effective reforms in many fields to fulfill the conditions to become a NATO member.

However, he didn't give any indication of when the former Soviet republic could expect a membership in the military alliance.

Moscow has vigorously opposed the aspirations of some former Soviet nations like Georgia to join NATO, viewing it as a threat to its national security.

Tense relations between Georgia and Russia over the self-declared republics of Abkhazia and South Ossetia, along with Georgia's aims to develop close relations with the West, ended in open war in August 2008. As a result, Georgia lost control of South Ossetia and the breakaway region declared independence, which was recognized by four UN member states - including Russia - along with Abkhazia, which had been free from Georgian rule since 1993.