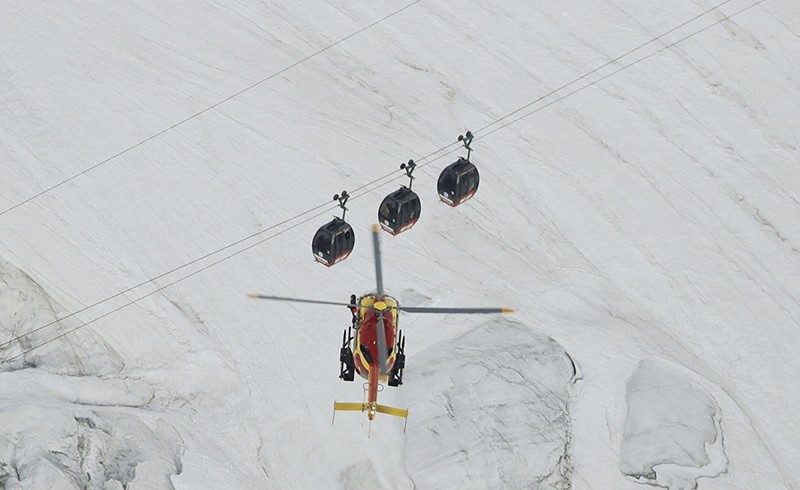 More than 30 tourists who spent a terrifying night in cable cars in the French Alps were set to be brought to the ground Friday, operators said.

A series of cable cars got stuck after cables tangled at 3,600 meters altitude over the Mont Blanc massif in the Alps on Thursday, prompting a major rescue operation. The interior minister said 65 people were rescued, but 45 had to be left there overnight after rescue operations were halted because of rough flight conditions for helicopters.

Each cable car holds just four passengers. They connect Aiguille du Midi on the French side of the mountains with Pointe Helbronner on the Italian border.

The incident was caused by cables that got crossed for "unknown reasons", but a gust of wind is thought to have played a part, Dechavanne said on Thursday.

The employees of the company were not able to repair the cars, forcing an evacuation operation to begin around 5:00pm.

The incident comes five years after around 40 people were stuck for nearly seven hours on the Grande-Motte cable car in the southeastern French Alps after it broke down.

They were evacuated through trap doors in the floor of the cars, using ropes to reach the ground 40 metres (130 feet) below.