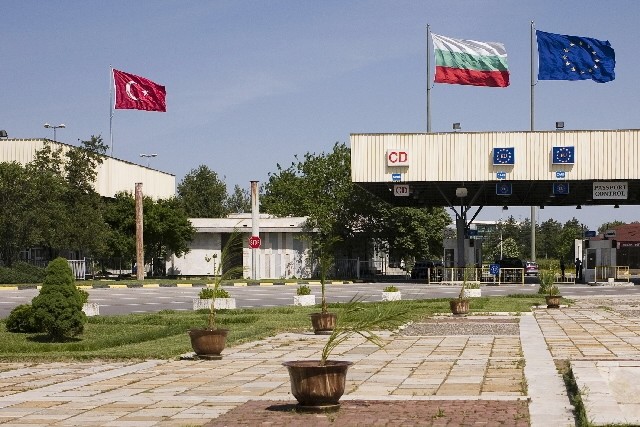 by Compiled from Wire Services Sep 15, 2016 12:00 am
Hungary's anti-migration prime minister says the future of the European Union will be decided at Bulgaria's border with Turkey, not in Brussels, and is urging the EU to provide more money to Bulgaria to help boost its border defense.

Prime Minister Viktor Orban and Bulgarian counterpart Boiko Borisov inspected a fence topped with razor wire in the Bulgarian border village of Lesovo on Wednesday, part of a route used by migrants trying to enter the EU. Orban said that "Bulgaria's successful defense is in the common interest of all of us."

Hungary's conservative government, led by Viktor Orban, has repeatedly clashed with the European Union in recent years over everything from migration and the death penalty to the retirement age of judges and the independence of the Hungarian central bank.

The Hungarian prime minister renewed his demands to stem the flow of migrants into the bloc on Tuesday, calling for an EU-wide "migration policy of self defence" during a meeting with European Council President Donald Tusk, Hungary's state news agency MTI reported.

Hungary is now set to hold a referendum on October 2 asking its population if it agrees with an EU decision that asylum seekers be redistributed across the bloc without Budapest agreeing to the move.

Orban has been openly hostile to migrants. Hungary was the first EU country to block entry to migrants and refugees, including by erecting a fence along its border. It has also put in place harsh laws to discourage migrants from crossing its territory.

In response to Hungarian PM's tough stance on immigration, Luxembourg Prime Minister Jean Asselborn said Hungary should be excluded from the European Union over its tough stance against migrants. He argued that this is the only way of preserving the cohesion and the values of the bloc.

Hungary would have no chance of joining the EU if it applied for membership today, he added. His German counterpart Frank-Walter Steinmeier later sought to tone down the spat. "It is not my personal position that an EU member state should be shown the door," he said in Riga, where he was meeting his Baltic counterparts. "We have to confront the difficult debates that sometimes exist." "On the other hand, I can understand that some in Europe are becoming impatient ... regarding the continuing debate between the European Commission and the Hungarian government," Steinmeier added. The EU's executive refused to comment on the issue.

Hungary became a member of the EU in 2004. The bloc's treaty does not foresee the possibility of excluding a member state, but offers the option of suspending a country's voting rights in the bloc if it violates basic values such as the rule of law.
Last Update: Sep 15, 2016 1:07 am
RELATED TOPICS