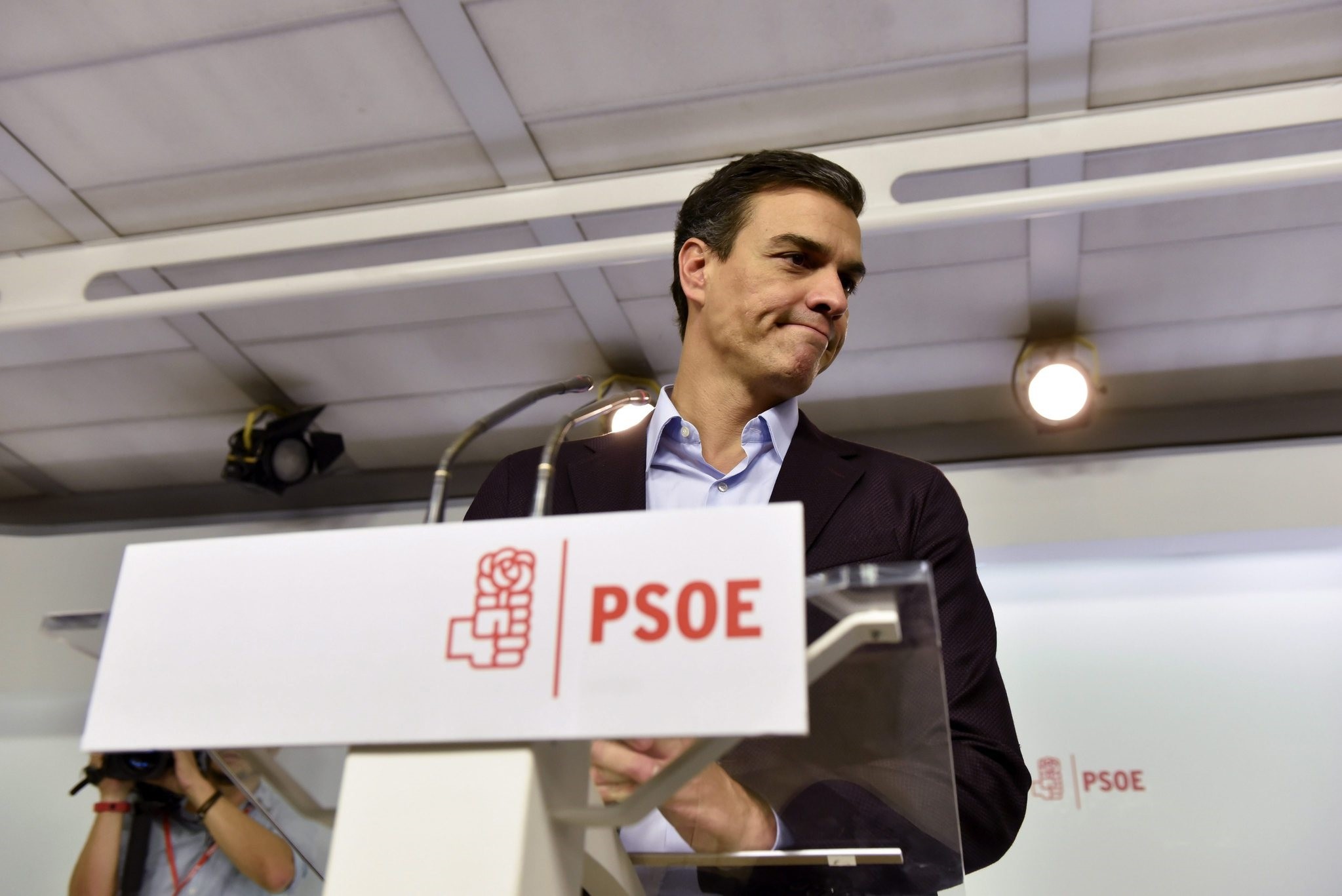 Spain's Socialists have voted against party leader Pedro Sanchez in a move that seeks to end the party's internal divisions and possibly resolve the country's nine months of political deadlock.

After more than 10 hours of debate, Sanchez was defeated 132-107 in a vote Saturday. He immediately announced his resignation as party leader, saying it was "a great pride and an honor" to serve.

Sanchez had led the Socialists in blocking conservative Mariano Rajoy of the rival Popular Party from building a minority government. His departure could end months of political gridlock in Spain, as the new Socialist leadership may be more agreeable to letting Rajoy form a coalition government.

In an attempt to force Sanchez to resign, 17 of the party's 38-member executive committee had resigned Wednesday. Still, Sanchez supporters gathered outside party headquarters in Madrid on Saturday, chanting his name.

His successor is unclear. The party plans to use a temporary governing committee for now.

Spain has been led for decades by either the conservatives or the Socialists and has never had a coalition government. An inconclusive election last December saw the rise of other parties, and another national election in June did not resolve the question of who should lead the country.

Rajoy has been leading a caretaker government. His conservative Popular Party won the most seats in both elections but needs the support or abstention of other parties to form a government.

The 137-year-old Socialist party is reeling from losses in the Galician and Basque regional elections last month and its worst-ever results in the last two national elections.

One analyst said the only winner in the political stalemate is Rajoy.

"The Spanish left is broken. There is no alternative to a Popular Party-led cabinet," said Antonio Barroso of the Teneo Intelligence political risk consulting group. "If Rajoy is not appointed PM before 31 October, new elections will only strengthen his party further and make his re-election more likely."