90 injured by explosion at cafe in southern Spain 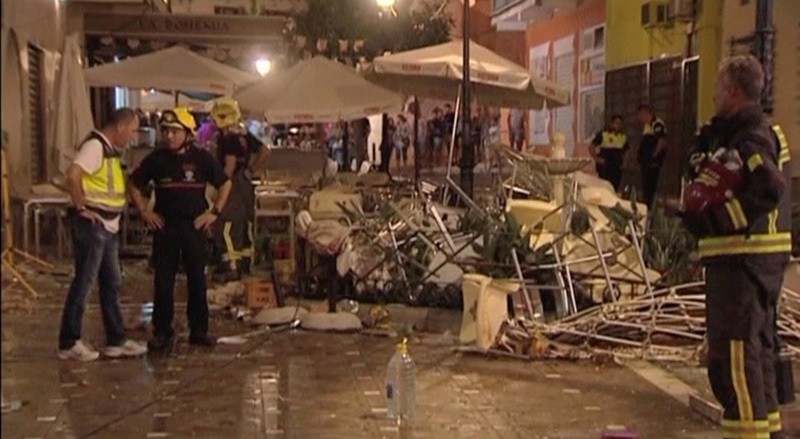 Police and rescue services are pictured at the scene after a gas cylinder exploded in a cafe in Velez-Malaga, Spain October 1, 2016 (Reuters Photo)
by Associated Press Oct 02, 2016 12:00 am

Authorities say an explosion at a cafe in southern Spain has injured 90 people during a local festival, five of them seriously.

The Saturday night explosion occurred at around 7 p.m. in Velez-Malaga, a small town neighboring Malaga, a popular tourist destination in Spain's southern Andalusia region. Authorities have not confirmed that a gas leak caused the explosion but said a leak may have caused glass on the cafe's windows and doors to explode.

The Andalusia emergency service said 57 of the injured were taken to a nearby hospital and about 15 were discharged, while 33 others were taken to local clinics and treated for cuts or bruises.