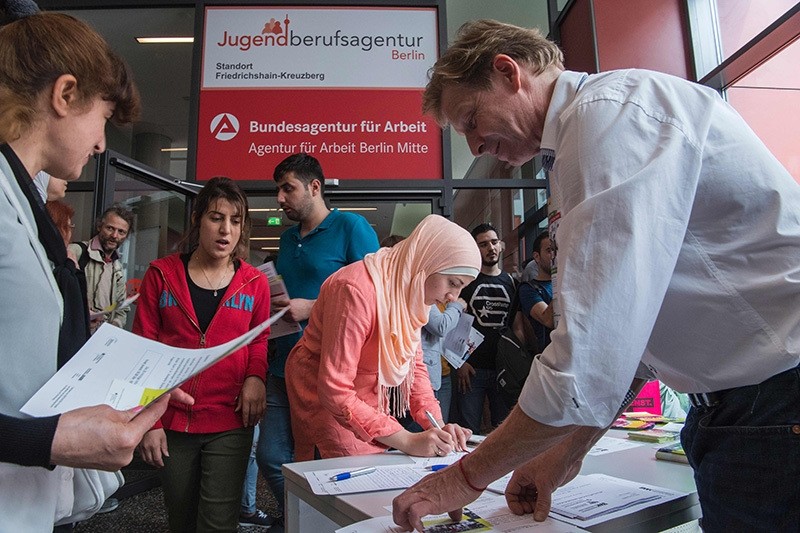 This file photo taken on June 16, 2016 shows participants registering for a professional training fair aimed at refugees, at an employment office in Berlin (AFP Photo)
by Oct 02, 2016 12:00 am
The rising number of Muslims living in Germany as a result of the latest wave of refugees is "a challenge for the majority of society," Finance Minister Wolfgang Schaeuble wrote in an opinion piece for the Sunday edition of Die Welt newspaper.

Germans therefore need to have "a more robust image of what is important to us and how we want to live," Schaeuble wrote.

"Only then will it be clear to us and others what we want to achieve. And as many as possible should belong to this 'us,' no matter where they come from or what their belief is," he wrote.

Schaeuble said that he also would like to see a German brand of Islam develop, "a sense of self of Muslims living here on the basis of our liberal and tolerant system."