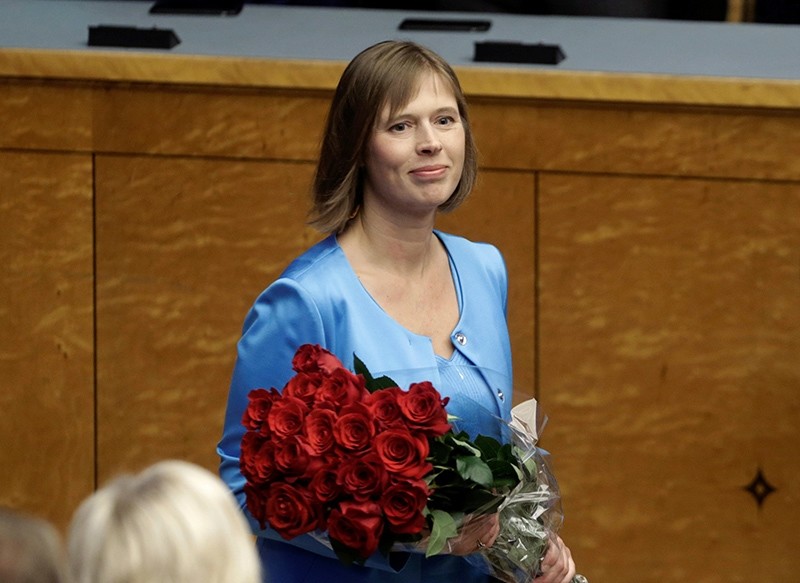 Newly-elected Estonia's President Kersti Kaljulaid holds flowers after the vote in the country's Parliament in Tallinn, Estonia, October 3, 2016. (REUTERS Photo)
by Oct 03, 2016 12:00 am

The Estonian parliament on Monday elected the country's first female head of state.

Kersti Kaljulaid, 46, a former EU budget auditor, received 81 votes in the election for the five-year presidential term, well above the two-thirds majority of 68 required.

The office is largely symbolic in the Baltic country although it gained weight after outgoing President Toomas Hendrik Ilves carved a role as an outspoken critic of Russia and a campaigner for government digitalisation and cybersecurity.