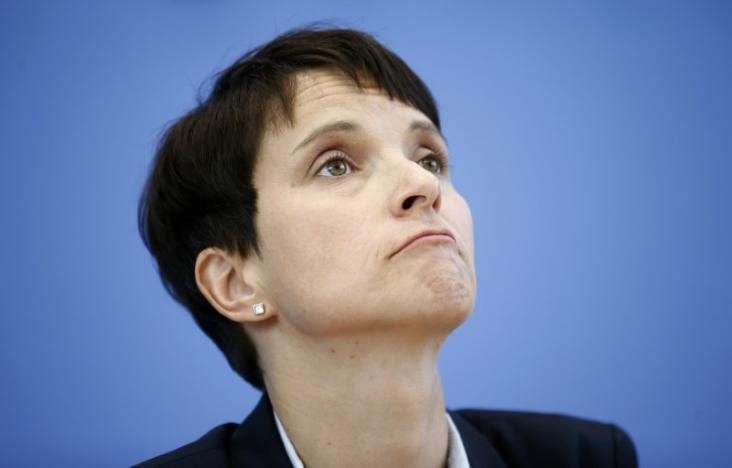 Politicians across Germany's political spectrum condemned the leader of the anti-immigration Alternative for Germany (AfD) party after she was reported comparing societies including migrants to compost heaps.

Frauke Petry, whose party has made big regional gains this year and is expected to win federal parliamentary seats next year, made the comments in a speech in Stuttgart on Monday, according to the online edition of the Frankfurter Allgemeine Zeitung.

Pouring scorn in the idea that migrants made societies more diverse, she said: "What should we make of the campaign 'Germany is Colourful'? A compost heap is colourful, too," according to the report.

No one at Petry's office was available to comment on the quotes or confirm she said them.

Conservatives, Social Democrats and Greens - whose parties have all been shaken by the AfD's rise - united to condemn the comments.

"The business model of these people is to scare people," Conservative Thomas Strobl, interior minister of the state of Baden-Wuerttemberg, told FAZ.net, calling the comments "revolting".

"Frau Petry's verbal baiting has reached a new level. People are systematically demeaned and played off against each other," said Social Democrat Leni Breymaier.

The AfD was created in 2013 as an anti-euro party but Petry ousted the AfD's founder and shifted the party to the right, playing to fears about migration. Since the arrival of about 900,000 refugees in Germany last year, it has made big gains and is now represented in 10 of Germany's 16 states.

Most of Merkel's conservatives rule out the possibility of forming an alliance with the AfD. However, a handful have recently backed the idea. Conservative Hermann Winkler told Super Illu magazine the conservatives should contemplate such a coalition to avoid "heading towards a left Republic".

An INSA poll this week showed support for the AfD down half a percentage point from last week at 15 percent but still up around 9 points from a year ago.