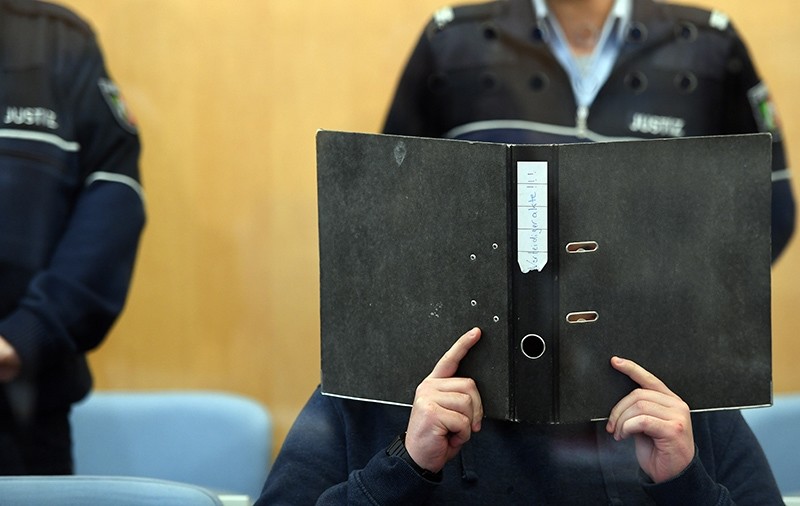 Alleged Daish terrorist Kerim Marc B. holds an empty binder in front of his face in Duesseldorf, Germany, Thursday, Oct. 6, 2016 (AP Photo)
by Oct 06, 2016 12:00 am
A German court on Thursday sentenced a 23-year-old terrorist who fought in Syria on behalf of the Daish terrorist group to seven years and nine months in prison.

German-born Kerim Marc B, whose full name was withheld in line with privacy laws, was found guilty of pledging allegiance to Daish and fighting alongside a largely Bosnian group of militiamen in Syria.

Prosecutors say Kerim Marc B, also known under the Daish alias Abu Zulfikar, remains a staunch terrorist and even tried to recruit people on behalf of Daish while in detention in Dortmund after his return to Germany.

Defence lawyers for Kerim Marc B had pushed for a lesser prison sentence, arguing that their client was reformed.

"I have completely renounced Daish - I have decided against radicalism," the defendant told the court in closing statements.
Last Update: Oct 06, 2016 9:59 pm
RELATED TOPICS