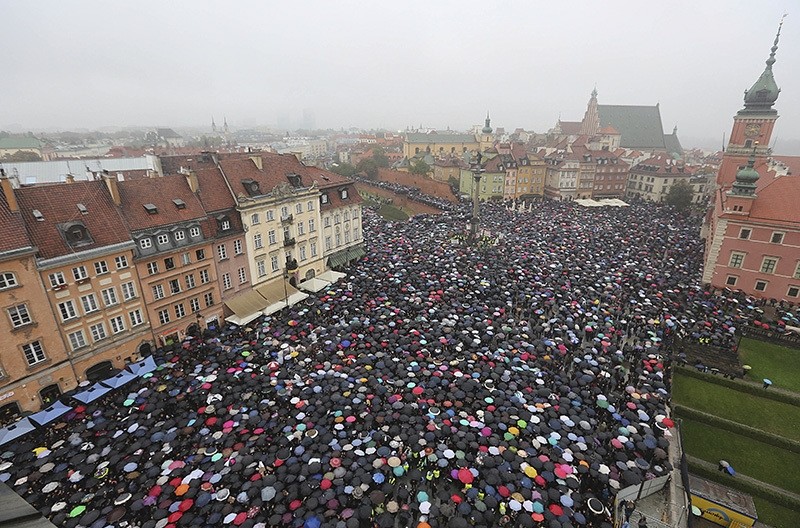 A sea of thousands of umbrellas of women and men participating in a nationwide Black Monday strike to protest a legislative proposal for a total ban on abortion, in downtown Castle Square is pictured in Warsaw, Poland, Oct. 3, 2016. (AP Photo)
by Compiled from Wire Services Oct 06, 2016 12:00 am

Polish lawmakers overwhelmingly voted Thursday to reject a proposal by an anti-abortion group that would have imposed a total ban on abortion, even in cases of rape, with prison terms for women ending a pregnancy.

The proposal came from a citizens' initiative that gathered some 450,000 signatures in this nation of 38 million. But it was highly unpopular with most Poles, sparking massive street protests by up to 100,000 women dressed in black across the nation on Monday.

Initially many members of the conservative ruling party, Law and Justice (PiS), supported the proposal. Two weeks ago a majority of lawmakers voted to consider it, sending it to a commission for further study.

The party backed away from it under massive social pressure. Right-wing and liberal parliamentarians in the 450-member lower house joined forces to vote 352 against 58 to reject the controversial bill, with 18 abstentions.