Rejected migrants to be returned to Afghanistan under EU deal 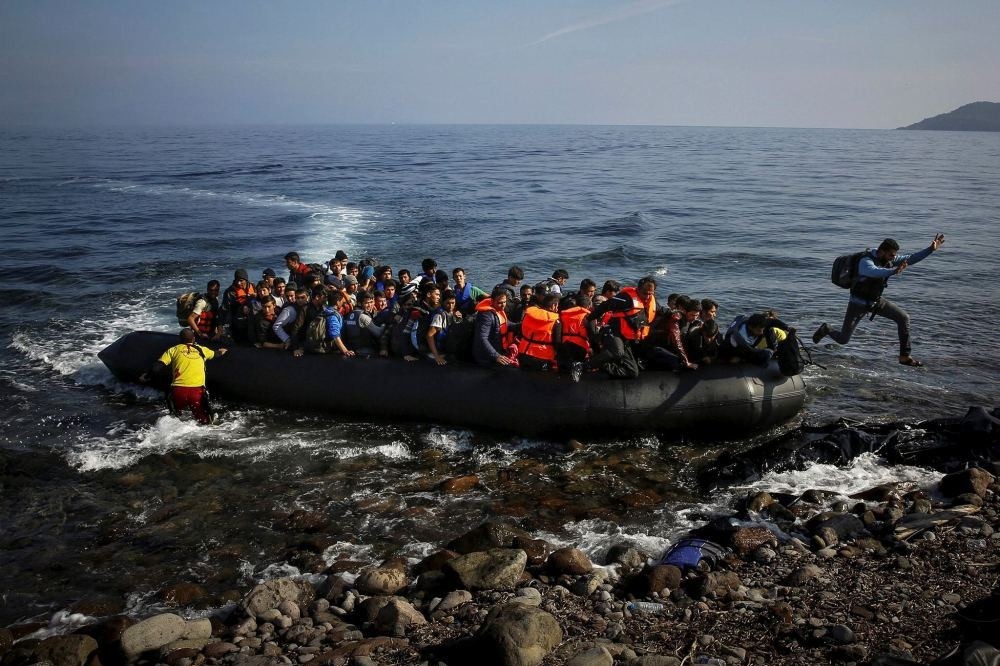 An Afghan migrant jumps off an overcrowded raft onto a beach in the Greek island of Lesbos, Greece.
by Daily Sabah with Wires Oct 06, 2016 12:00 am

After coming under fire for the refugee deal with Turkey, the EU has struck a deal with Afghanistan on curbing migrants in return for financial aid

A migrant deal between the European Union and Afghanistan was revealed late Tuesday night amid an international donor conference for Afghanistan hosted by Brussels. The migration agreement has been sealed since Sunday and the details of the deal were published to set out plans to ramp up the return of Afghan migrants, as reported by Wall Street Journal. The EU-Afghan migrant deal came amid the EU conference aimed at securing financial aid for the war-torn nation. EU officials denied that aid pledges depend on Afghanistan's compliance.

With the EU-Afghan migrant deal, the EU aims at easing the ongoing tension within the Union in the face of growing refugee influx to the member states. Hundreds of thousands of migrants and refugees crossed into Europe, sparking a crisis as to creating a division in the EU over how best to deal with resettling people. Afghan refugees are the second major migrant group in the EU, following Syrian nationals.

According to the migrant deal, every migrant whose asylum claims were refused will be sent back to their home country "within four weeks of a request arriving from an EU member state." The European Union cannot "forcibly" return more than 50 Afghan migrants per flight for the first six months of the agreement. A specific terminal at Kabul airport is also considered to be built in order to tackle with number of returned Afghan migrants. Facing an increasing refugee crisis, the EU signed a deal with Turkey in order to turn back "irregular new migrants" from Greece to Turkey that arrived after March 20. March's deal aims to discourage dangerous migration across the Aegean Sea by taking stricter measures against human traffickers and improving conditions for nearly 3 million refugees in Turkey.

The agreement has significantly reduced illegal trafficking but the EU has failed to swiftly implement resettlement programs and there have been delays in implementing the terms promised to Turkey, such as financial aid and visa-free travel for Turkish nationals in Europe.

The Brussels conference brought together more than 70 countries and up to 30 international organizations with the aim of obtaining pledges of aid to Afghanistan until the end of 2020. The European Union announced Wednesday that it would offer Afghanistan 1.2 billion euros annually over the next four years, at an international support conference, while the United States promised to keep its funding constant.

Meanwhile, Afghan forces attacked Taliban militant positions in Kunduz on Wednesday in the third day of clashes since the insurgents launched a coordinated attack on the northern Afghan city. In September 2015, the Taliban took the strategically important city of Kunduz for two weeks, which came as a shock to the Afghan government and to the international community.
RELATED TOPICS