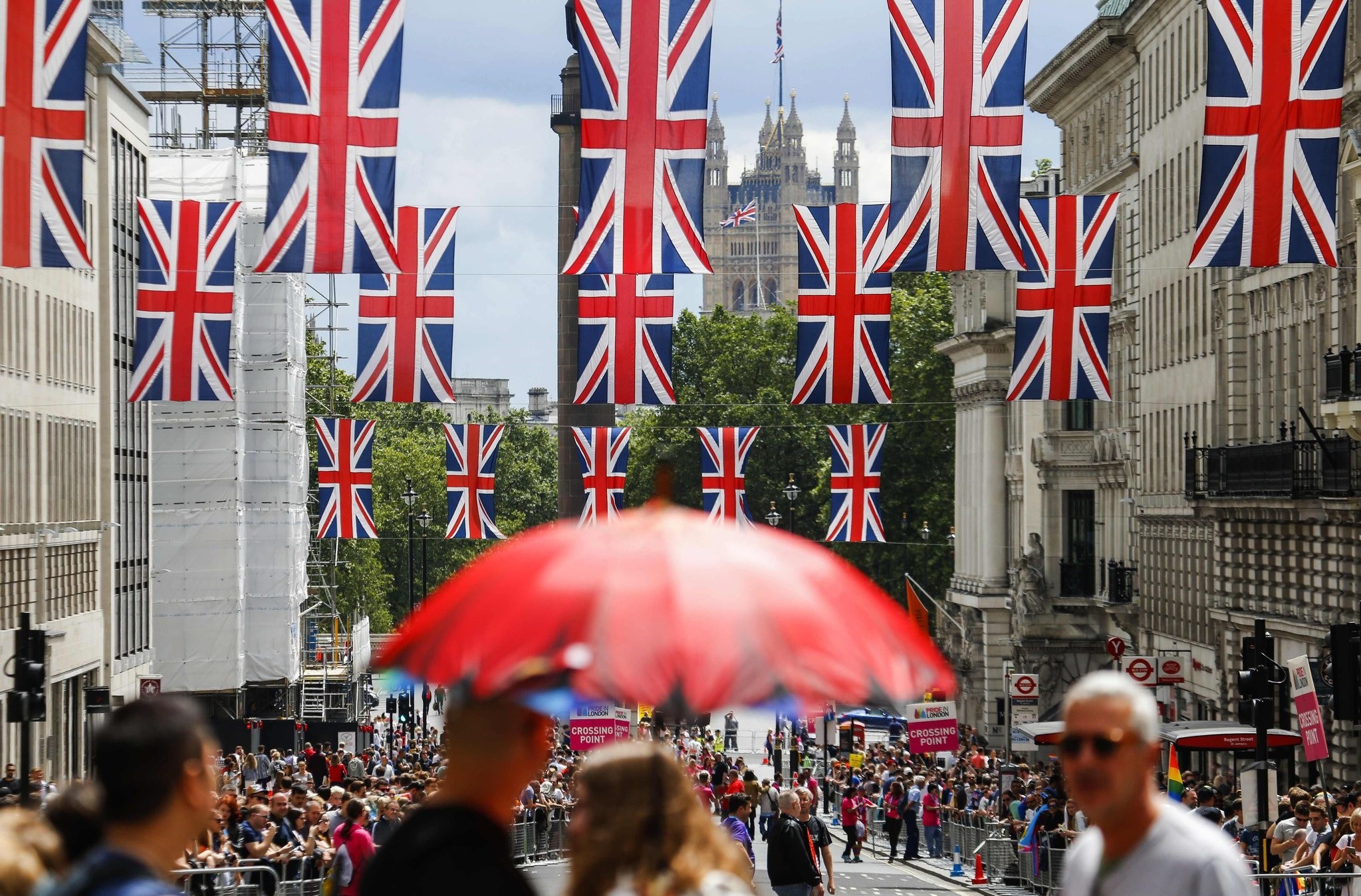 British flag banners hang across a street near the houses of Parliament in Central London after the announcement of results of shocking Brexit vote, June 25, 2016. (AFP Photo)
by Oct 08, 2016 12:00 am

All EU citizens currently living in Britain will be able to stay after Brexit, a newspaper reported Saturday citing unnamed cabinet ministers, despite the government's refusal to publicly guarantee their status.

Official research suggests that more than 80 percent of the 3.6 million EU citizens living in Britain would be eligible for residency by the time Britain is expected to leave the European Union in 2019, the Daily Telegraph reported.

Under plans being drawn up by the interior ministry, the remainder would be offered some kind of amnesty involving the right to permanently stay in Britain, it said.

Conservative Prime Minister Theresa May has said she "fully expects" to be able to guarantee the rights of EU citizens to stay in Britain, but said it was dependent on the rights accorded to Britons living elsewhere in the EU.

Earlier this week, International Trade Secretary Liam Fox repeated her position, and said that their fate was part of Britain's negotiating hand.

"To give that away before we get into the negotiation would be to hand over one of our main cards in that negotiation and doesn't necessarily make sense at this point," he told a fringe meeting at the Conservative party conference.

After a referendum campaign fought on the issue of control over EU migration, the conference was dominated by tough talk on immigration, including proposals to make firms declare foreign workers, which were widely condemned.

May has said she intends to begin the two-year Brexit process by March 2017, putting Britain on course to end its membership of the EU by early 2019.