A year of struggle for Syrian refugees in Germany 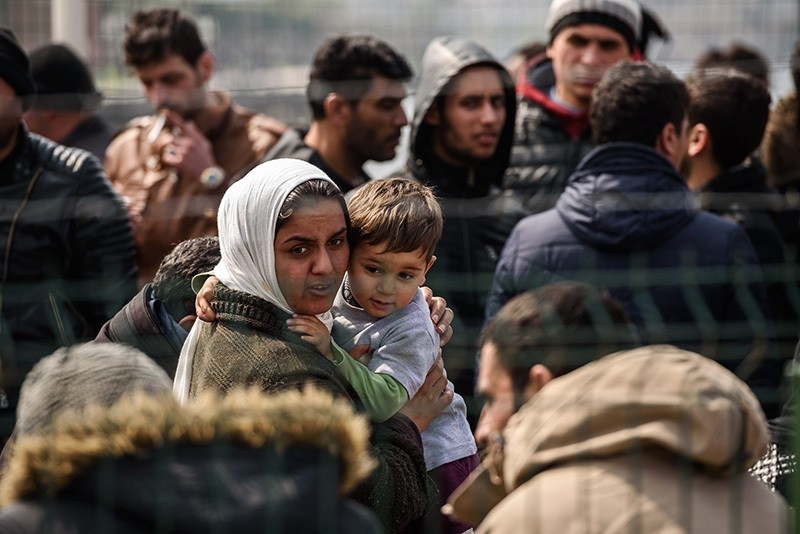 A year after Germany's mass influx of refugees peaked, many remain in limbo, hoping for a brighter future but forced to endure frustrating waits and crushing boredom.

Ahmad Lababidi and another man who gave his name only as Ahmed D. both arrived from Syria 12 months ago when euphoric crowds cheered newcomers at crowded railway stations.

Both young men, like some 890,000 other new asylum seekers last year, have paid a high price for refuge in Germany, staying in overcrowded dormitories and navigating an overwhelmed bureaucracy.

They've slept in a gym underneath basketball hoops, with only the privacy of plastic curtains and a common shower for 148 tenants.

After long waits, both have been granted asylum status, but here their stories diverge.

While Lababidi is learning German and eager to rebuild his life, Ahmed D. says he still understands nothing about his host country and is working day labour jobs in the grey economy.

A volunteer helped him decipher the good news hidden in the dense, bureaucratic text: he had been granted refugee status and a three-year residence permit.

At the time, he said, he smiled for the first time since November 18, 2015 when he hugged his parents goodbye and left for the arduous trek to Europe.

"I lost everything in Syria -- my home, my friends, my university, so I dream of rebuilding my life here," he said.

He has attended German language courses, spent hours in the library and practised German conversation with native speakers.

He said he wants to resume his university studies when his command of German allows, and find a job, "no matter which one."

Ahmed D., a Palestinian from Syria, on the other hand said he is still baffled by everything -- the paperwork, the language, daily life.

In August, he was summoned for his compulsory hearing at the migration office.

"There were hundreds of us that day, waiting for hours before being heard. Some were sent home because there were too many people," the 36-year-old recounted.

Lacking marketable job skills, he was already living off odd jobs in Damascus before moving to a refugee camp in Jordan.

He has not learned a word of German and relies on his Iraqi roommate to help with his paperwork.

So despite his work permit, Ahmed has turned to day labour jobs on construction sites, flying under the radar of tax authorities and running the risk of being scammed.

"I worked for two weeks and the man who found me the job disappeared, and I never saw my money," he said.

A social worker at their Berlin shelter said many migrants' poor education makes it difficult for them to learn German.

"Some are illiterate," said the young woman. "How do you teach a language when they can't read or write?"

Such realizations have sobered the mood.

Hopes that the labour market in Germany -- the EU's top economy, with an ageing and shrinking population -- would quickly absorb many migrants have been dashed, as companies complain that applicants lack the language and professional skills needed.

Many citizens have questioned how a country can absorb an influx equal to one percent of its own population, while deeper xenophobic fears have been stoked by several jihadist attacks or plots by refugees.

While pressure has grown on Chancellor Angela Merkel, the often heard popular demand is that refugees must speedily "integrate" -- learn German, get a job and start paying taxes.

But the system often works against them, say migration experts, calling the mass integration a Herculean task.

Of those who came last year, hundreds of thousands are still waiting for news on their asylum status and do not yet qualify for language courses, which at any rate are largely oversubscribed.

At this stage, perhaps 160,000 have joined official integration courses, said Herbert Bruecker of the state-run Institute for Employment Research.

"Much remains to be done because language is the key to integration," the researcher said. He pointed out that, while one third of the asylum seekers went to high school or university, another third had only primary-level or no schooling at all.

The picture is also mixed for employment so far, he said, as many newcomers lack the right to work, the language or the professional skills required.

"We estimate that 30,000 to 50,000 now have jobs in the regular labour market," Bruecker told Berlin public radio.

Of those who find jobs, he predicted, "perhaps 60 or 70 percent will be employed in the low-skills sector."