Only real alternative to 'hard Brexit' is 'no Brexit', Tusk warns UK 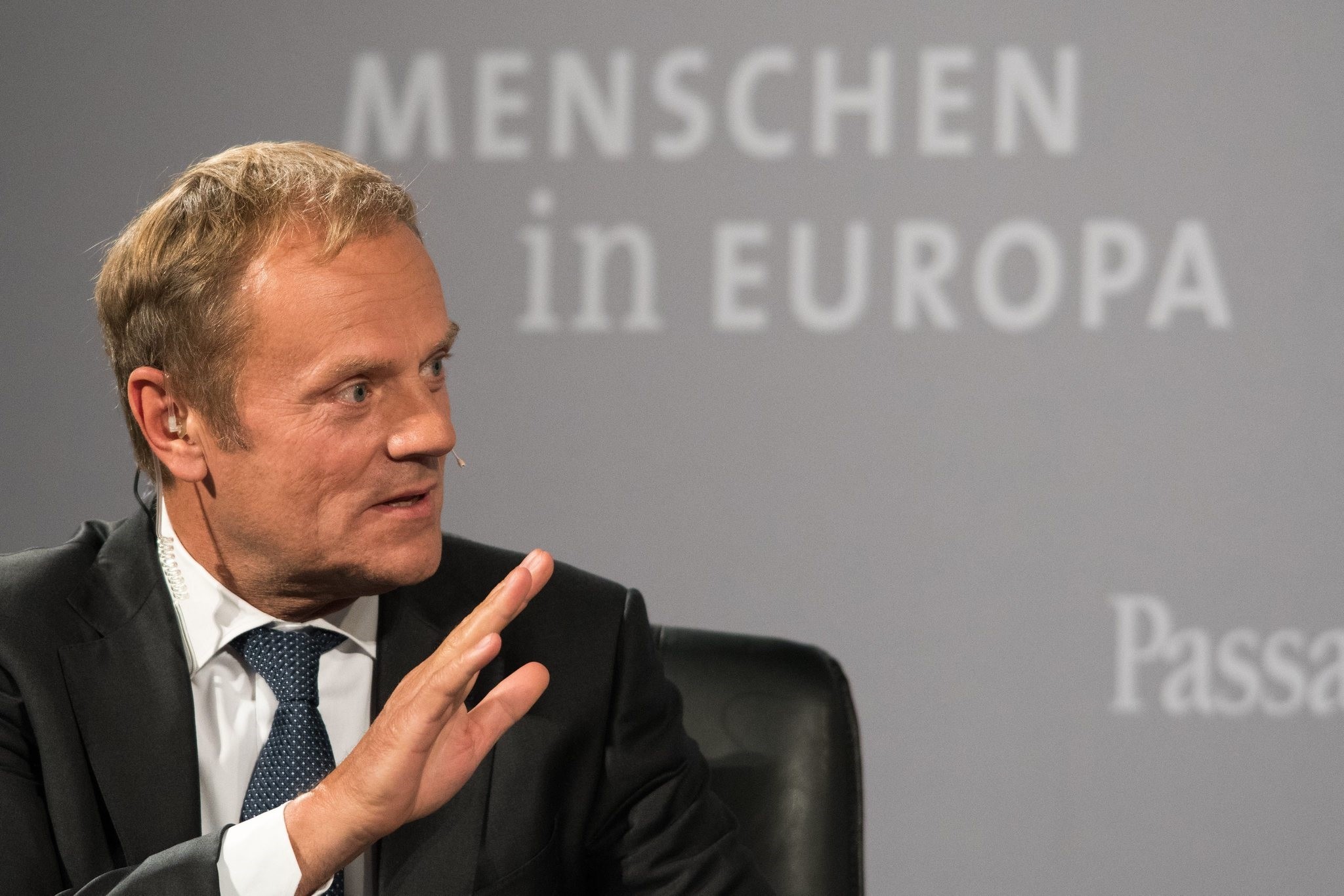 Britain might ultimately decide not to leave the European Union as the EU will not offer London any softer terms than a damaging "hard Brexit", Donald Tusk, who will run the negotiations for Brussels, said on Thursday.

The European Council president said such a reversal of the June referendum was improbable. But, mocking a Brexit campaign promise that Britons could "have their cake and eat it", he said Britain could not keep the trade benefits of EU membership while barring European immigrants and rejecting EU courts' authority.

"There will be no compromises in this regard," the former Polish premier said in a speech at the European Policy Centre.

"The brutal truth is that Brexit will be a loss for all of us. There will be no cakes on the table. For anyone," he said.

"If you ask me if there is any alternative to this bad scenario, I would like to tell you that yes, there is.

"And ... it is useless to speculate about 'soft Brexit' ... These would be purely theoretical speculations. In my opinion, the only real alternative to a 'hard Brexit' is 'no Brexit', even if today hardly anyone believes in such a possibility."

The idea Britain might not follow through on the vote to leave was raised by some EU leaders immediately after the shock of the referendum result. But few have voiced it lately as May has insisted she will honour the popular will, even though she campaigned with predecessor David Cameron to stay in the EU. The vote was also close, with 52 to 48 percent in favour of Brexit.

However, Tusk's comments came as the High Court in London began hearing a challenge to May's right to trigger the process without a vote in the broadly anti-Brexit parliament, and as Scotland's First Minister Nicola Sturgeon threatened a new independence vote by 2019 as a way to keep Scotland inside the EU single market if London takes a "hard Brexit" option.

Tusk, who will chair May's first summit next week with the 27 other EU national leaders, will work to broker a deal once she formally triggers a two-year negotiating process. She has said she will do that in the first quarter of next year.

Responding to a question, Tusk said his legal view was that if Britain unilaterally withdrew its request to leave before the two years were up, then it could stay in the Union. Others have argued that once the notification under Article 50 of the EU treaty is made, it can only be rescinded by mutual agreement.

But Tusk said he had not found any national leader who wanted Britain to quit and so London would find a welcome if it changed its mind. "If we have a chance to reverse this negative process, we will find allies," he said. "I have no doubt."