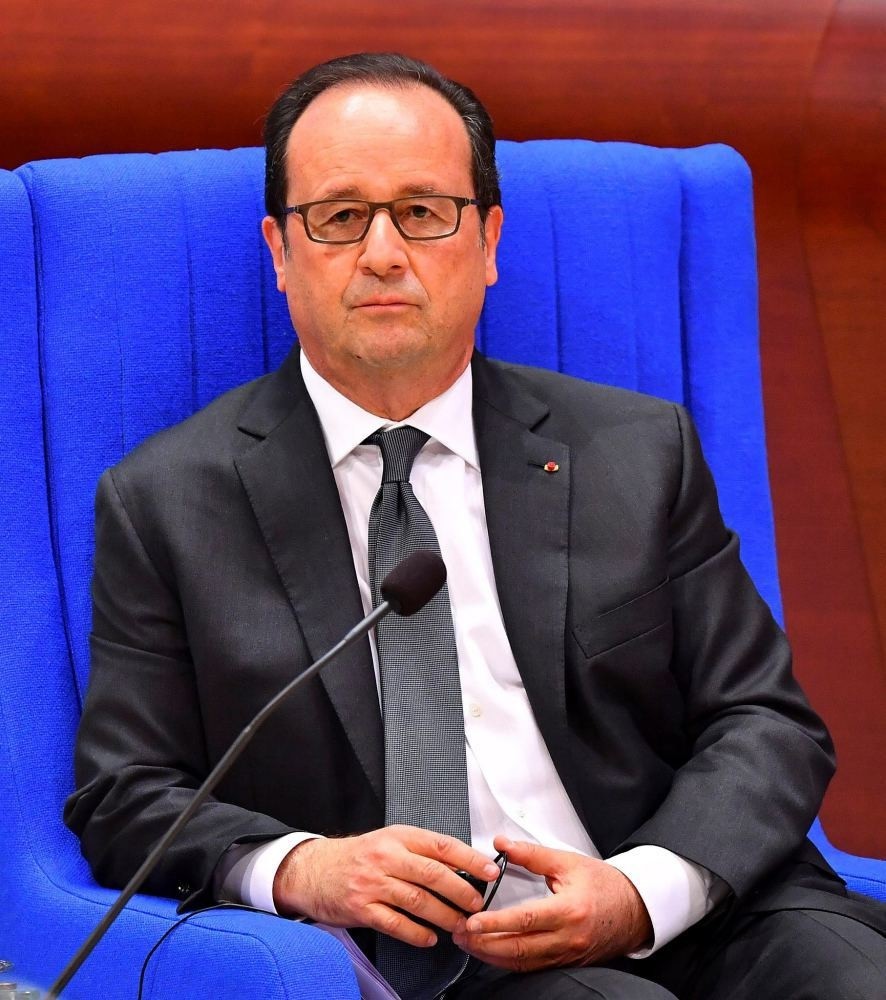 In Islamophobic remarks on Muslims and migrants in France, French President Hollande, in his tell-all book, asserts that Muslim women can fully integrate into France if they remove their headscarves and veils

President François Hollande, France's most unpopular president in the last six decades, admitted in his tell-all book that Muslim women want to choose freedom from wearing a veil. He also revealed that he no longer supports immigration.

Referring to Muslim women, "the veiled women of today will be the Marianne of tomorrow," said the French president. The statue of Marianne stands in the Place de la Republique in Paris refers to the French national symbols.

"If we give [the Muslim woman] the possibility to fulfill herself, she will free herself from her veil and become a Frenchwoman, while continuing to be religious if she so wishes," Hollande is quoted as saying.

"This woman would prefer liberty to subjugation. The veil might act as a protection for her now, but tomorrow she may not need it to be reassured about her presence in society," he added.

The book reveals President Hollande's approach toward immigrants and Muslims in the country. On the subject of immigration, the French president said he believes there are "too many immigrant arrivals who should not be [in France]."

President Hollande also reportedly told journalists in December 2015, a month after gunmen killed 130 people in Paris, that France had "a problem with Islam," comments that risk damaging his left-wing party base six months before a presidential election.

The book was written by two respected journalists, Gerard Davet and Fabrice Lhomme, who met with Hollande 61 times. Opposition politicians said on Wednesday that Hollande should spend less time talking to journalists and more time governing.

In the aftermath of the deadly attack on the French satirical magazine Charlie Hebdo on Jan. 7, 2015, Muslims in France have been subjected to violent attacks due to an increase in suspicion and negative sentiment toward the Muslim community in France. Reports of attacks on mosques and Muslim-run businesses in various places in France have led many French Muslims to fear rising Islamophobia.

France is home to the largest Muslim population in Europe, estimated at between 4 million to 5 million. The French Muslim community represents approximately 6 percent of the total French population of 58.5.
RELATED TOPICS