Norway dashes Finland's hopes of mountain peak as a gift 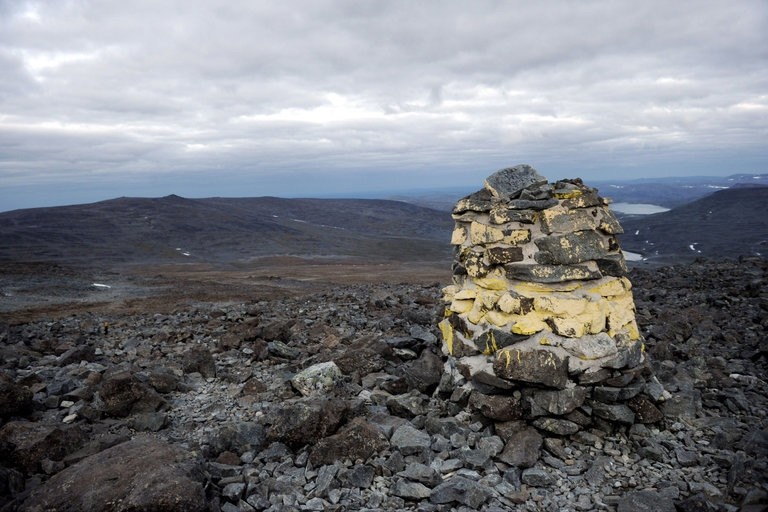 The Norwegian government has resisted public pressure to offer a mountain summit to neighboring Finland as part of its independence centenary celebrations.

As a present to their Finnish neighbours, celebrating their independence since 1917, a group of Norwegians had proposed giving them the peak of the 1,361-metre (4,465-foot) high Mount Halti.

The gift would have been a neat way of correcting a geographical incongruity, as the Finnish border in the area is situated most of the way up the mountainside at an altitude of 1,324 metres.

A Facebook campaign to hand over the immovable present garnered 17,000 signatures.

But a legal roadbump brought the friendly scheme tumbling down, halting the Halti plan.

"This creative proposal has received a very positive response from the public," Norwegian Prime Minister Erna Solberg said in a letter received Friday by the major of Kafjord, in northern Norway, who was a protagonist in the mountainous gift.

"I welcome this and I see a clear sign that Norway and Finland have a close relationship," Solberg continued, while adding that "border adjustments between countries raises complex legal issues."

In this case the problems were insurmountable.

The lofty gift-giving idea ran up against Article 1 of the Norwegian constitution which stipulates that the kingdom of Norway is "indivisible and inalienable".

"We will think of another worthy gift to celebrate the occasion of Finland centenary," Solberg added.

Prior to its independence, the "Grand Duchy of Finland" was part of the Russian empure.