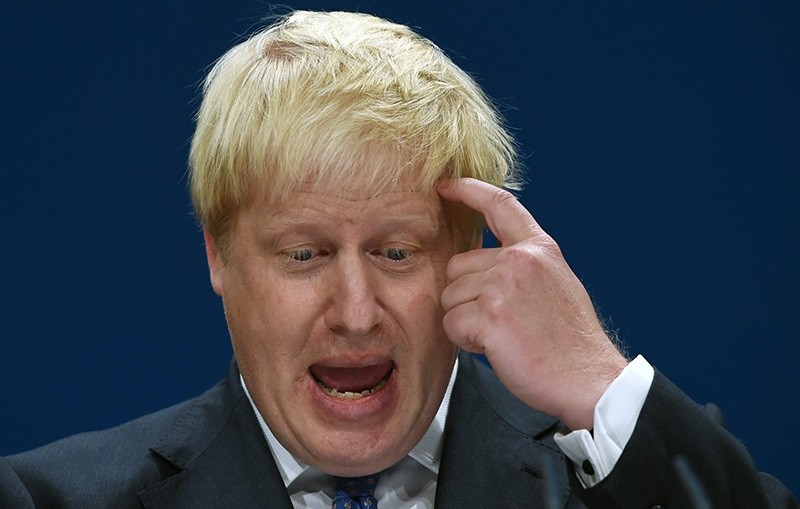 In the crucial days before Foreign Secretary Boris Johnson embraced Britain's "leave campaign," he wrote a newspaper column explaining why Britain should remain inside the European Union — but those forceful words were never published before Britain's June 23 vote.

The Sunday Times has now published Johnson's pro-EU column, which outlines his fears about leaving the EU.

It has long been known that the Johnson wavered before breaking with then-Prime Minister David Cameron and playing a pivotal role in the successful "leave" campaign. But the publication of his column illuminates how Johnson would have made the case for staying in the EU if he had backed Cameron.

He warns of the potential "economic shock" that leaving might bring Britain, praises the value of having easy access to the EU's huge single market and makes an emotional case for preserving ties to other European nations.

"Shut your eyes," he writes. "Hold your breath. Think of Britain. Think of the rest of the EU. Think of the future. Think of the desire of your children and your grandchildren to live and work in other European countries; to sell things there, to make friends and perhaps to find partners there.

Ask yourself: Despite all the defects and disappointments of this exercise — do you really, truly, definitely want Britain to pull out of the EU?"

These words were not published before decisive June 23 vote. Johnson instead joined UK Independence Party leader Nigel Farage and other senior Conservative Party figures to argue that Britain should cut its ties to the 28-nation bloc.

He gave the "leave" side a familiar, charismatic leader who lent credibility to the idea that Britain would be better on its own.

The "leave" vote ended Cameron's tenure as prime minister. It set in motion the ascent of Prime Minister Theresa May, who gave Johnson a key Cabinet post where he is influential on Syrian policy and helping to shape the Brexit negotiations.