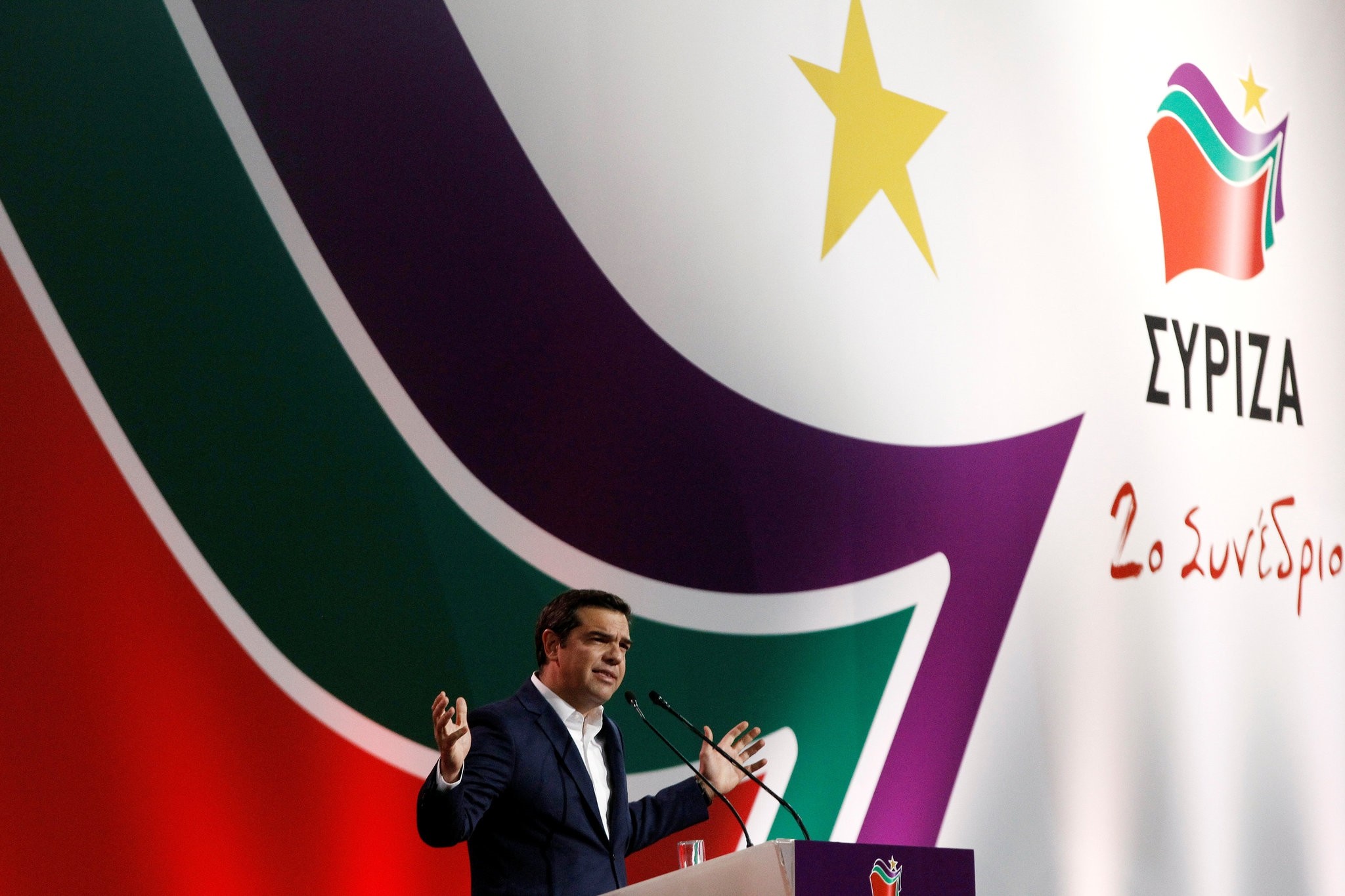 Greek Prime Minister Alexis Tsipras was reconfirmed as leader of his leftist Syriza party on Sunday, boosting his approval rates amongst grassroots members in the process.

Tsipras renewed his tenure with 93.54 percent of the vote among over 2,700 electors at a party congress, Syriza said.

The 42-year-old engineer had picked up 74 percent of party votes at a 2013 congress.

Tsipras has shrugged off criticism that he abandoned Syriza's radical left-wing principles when he signed Greece up for a multi-billion EU austerity bailout last year.

He is now fighting to persuade Greece's creditors to approve a fresh round of debt relief by the end of the year.

On Saturday he said his administration intends to swiftly conclude the bailout's second scheduled audit, which according to government daily Avgi begins on Tuesday.

"We intend to conclude the second review immediately," Tsipras said.

Greece is eager to complete the second review by the end of the year, which would then ostensibly trigger talks on reducing the country's huge debt load.

The debt issue has divided the country's international creditors for months.

Germany, which holds elections next year, opposes debt relief as unnecessary, but tackling the problem is a firm demand of the International Monetary Fund.

Tsipras on Saturday said Greece was fulfilling its promises and demands the same of its creditors.

"Delays, stalling tactics and postponements cannot and will not be accepted," he told his party.

"We claim all that was foreseen in the agreement, immediately," he said, referring to a May deal by eurozone finance ministers promising debt relief measures to be "phased in progressively" by 2018.