Thousands march for "openness and tolerance" in Dresden after Pegida anniversary 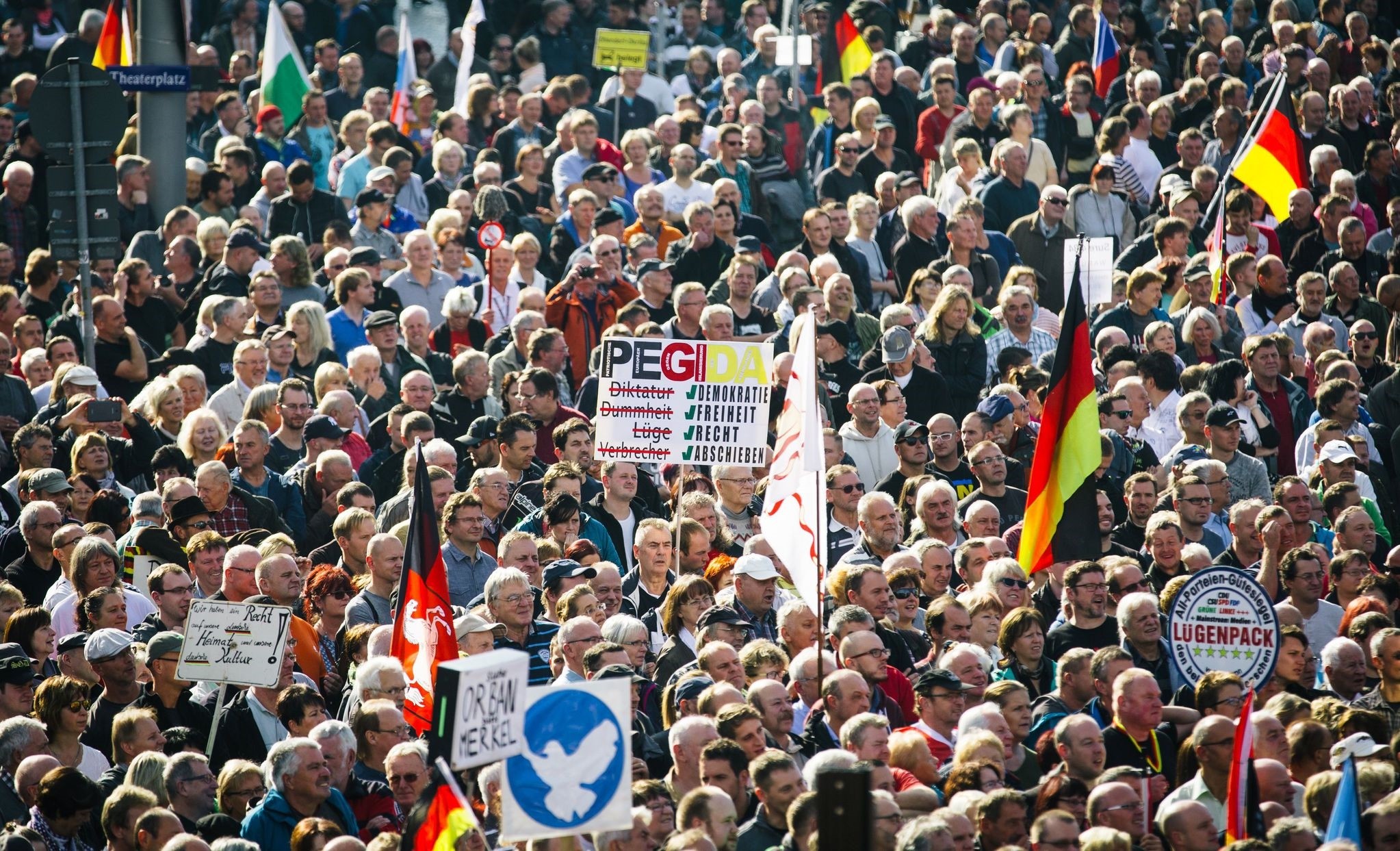 Supporters of the anti-immigrant Pegida movement mark their second year of existence as they demonstrate in Dresden, eastern Germany, on October 16 2016. (AFP Photo)
by Oct 18, 2016 12:00 am
Thousands of people marched in the east German city of Dresden in support of openness and tolerance on Monday, a day after anti-migrant organization Pegida celebrated its second anniversary with marches in the same city.

Thousands of Pegida supporters, largely motivated by their aversion to the spread of Muslim culture, had marched on Sunday amid heavy police presence and counterdemonstrations some distance away.

At a gathering in front of the city's Marian church on Monday, the Dresden mayor Dirk Hilbert appealed to crowds fight the city's growing reputation for xenophobic and Islamophobic sentiments.

The eastern state of Saxony, of which Dresden is the capital, has become associated in Germany with outbreaks of anti-foreigner violence since the flow of refugees reaching the country rose in the summer, as well as for stronger support for Pegida (a German acronym for Patriotic Europeans Against the Islamization of the West).

State minister Stanislaw Tillch said on Monday that Pegida was a "small, terrible and loud minority" that has "repeatedly damaged the image of this city."