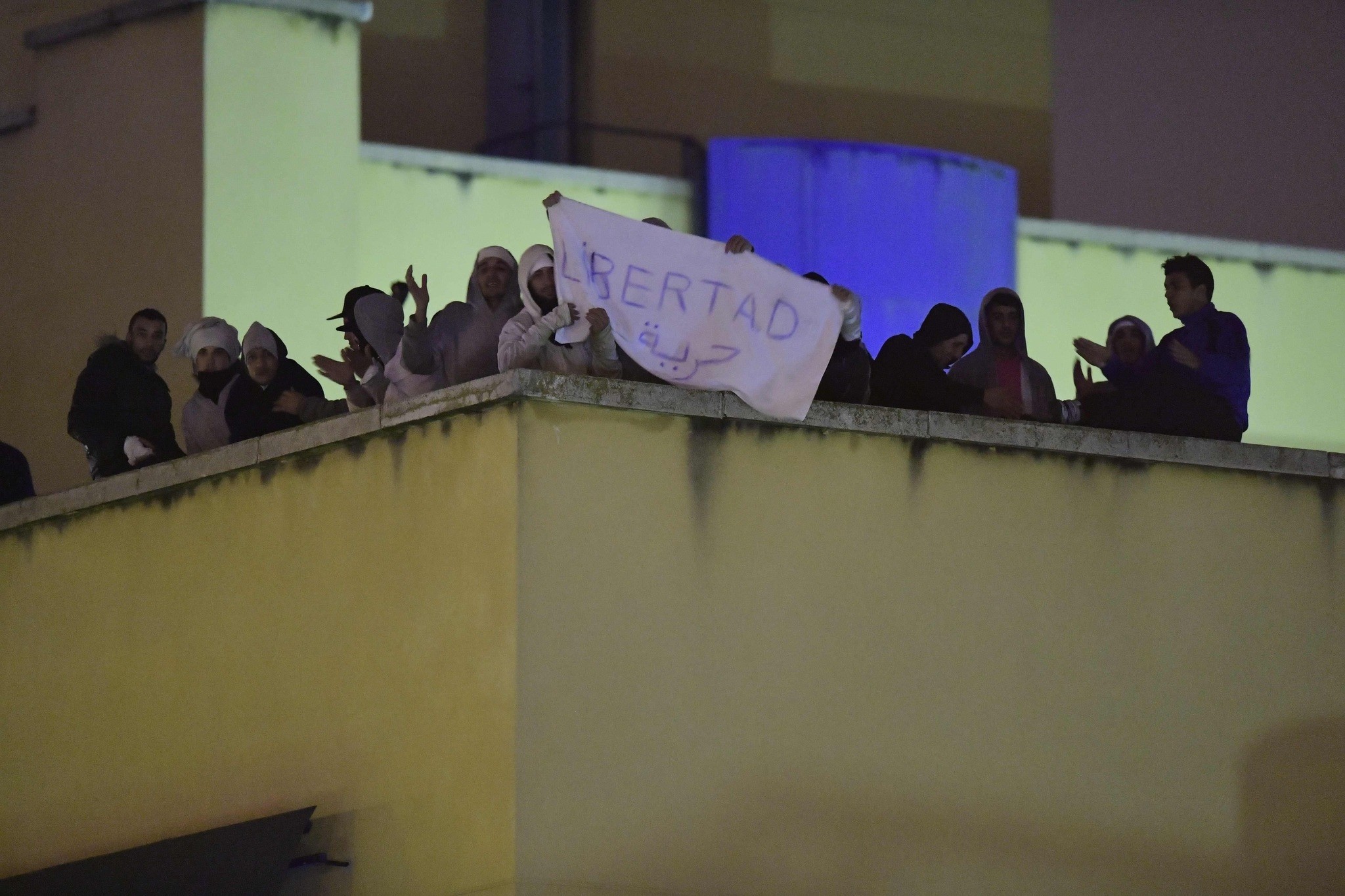 Dozens of refugees held in a detention center in Madrid have protested, climbing on the building's roof, a spokesperson for the city's mayor said.

"We don't know the exact number, 30 or 40. They climbed onto the roof and the police are there attempting to negotiate," the spokesperson for Madrid mayor Manuela Carmena said Wednesday, adding that no-one had been injured.

In the early hours of Wednesday morning the refugees had gathered outside the center shouting "freedom, freedom", while about 15 were sat on the roof in light rain, an AFP reporter said.

Carmena said she was ready to attempt a mediation if requested by the district authorities.

"Events at the detention center continue to worry me," she said on Twitter, adding that "human rights were the priority".

Associations and academics have regularly denounced prison-like conditions in Spain's seven refugee detention centers- some of which have overcrowded rooms, dirty toilets and little in the way of social services or translators.