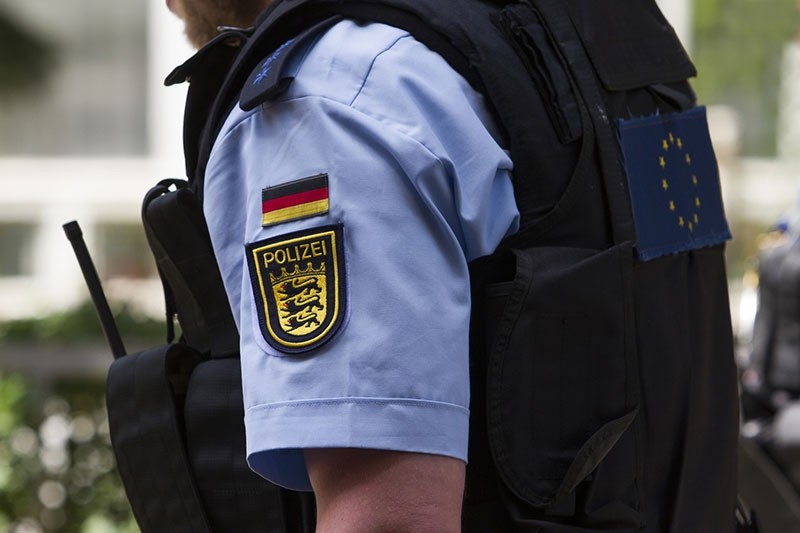 Three incidents since Oct. 14 have raised concerns about the safety of Turks in Germany where Islamophobia and xenophobia run rampant amid an influx of migrants.

A Molotov cocktail attack on Saturday night targeted a mosque and two alleged cases of police violence ended up with the death of a Turkish man.

On Saturday, Vatan Mosque in Wesel in Germany's North Rhine Westphalia state was attacked by unknown assailants who hurled Molotov cocktails on the exterior of the building. The attack targeted the Turkish Islamic Cultural Association complex where the mosque is located and both are run by the Turkish-Islamic Union for Religious Affairs (DİTİB). German police said no one was injured in the attack while Turkish administrators of the association said the incendiary material did not harm the mosque and an investigation is underway to find the perpetrators. Yakup Çelik, an administrator at the association, told Anadolu Agency there was no one at the mosque or the association at the time of the attack but the upper floor of the building was the lodging of the mosque's imam and his family.

The attack bears similarities to a Molotov cocktail attack targeting Mimar Sinan Mosque in the state of Hessen in September as well as an attack by a homemade explosive at Fatih Mosque in Dresden in September. No casualties were reported in either attack while police did not identify or detain any culprits in both cases. Like Vatan Mosque, Mimar Sinan and Fatih Mosques are operated by DİTİB.

Turks make up one of the largest Muslim-majority minorities in Germany with a population of at least 3 million according to unofficial figures. Although they have already suffered racist and at times deadly attacks in the past, a recent increase in the flow of migrants especially from the war-torn Middle Eastern country of Syria, gave rise to racist and Islamophobic attacks targeting both Turks and other minorities.

Mosques in Germany are occasionally subject to attacks, ranging from Molotov cocktails to tossing of pig's heads.

Mosque attacks in Germany have recently drawn the ire of Turkey. Mustafa Yeneroğlu, head of Parliament's Human Rights Committee, has called Berlin to protect the Muslim community from racist attacks. Yeneroğlu said in a written statement that although mosques have been attacked occasionally, most attacks were not covered by the media. He cited a response to a question on the attacks by Germany's federal government and said 14 mosques were subject to "politically motivated attacks" between April and June this year, adding nine of them were the work of suspect or suspects with far-right motives while the other two attacks were carried out by supporters of the PKK terrorist group active in Turkey.

In another case that surfaced on the media this weekend, nine days after it happened, a Turkish man died after German police officers punched and pepper-sprayed him in a brawl in front of his ex-wife's house.

The victim, identified as 39-year-old Taner Demirçivi was reportedly arguing with his ex-wife at her house in Bielefeld on Oct. 14 when neighbors heard the argument and called the police.

Demirçivi reportedly answered the door and told the officers there was no problem, asking the police to leave. Police officers refused to leave and asked Demirçivi to let them in.

A brawl started between Demirçivi and the officers as he tried to close the door, and one police officer punched Demirçivi during the brawl, whereas another pepper sprayed him.

Handcuffed from his hands and feet, Demirçivi passed out when he was dragged out of the apartment and died shortly after.

The prosecutor's office in Bielefeld launched an investigation against the five police officers who arrived at the scene.

As the initial autopsy results could not determine why Demirçivi lost his life, a detailed autopsy report is being sought for the exact cause of death.

Turkish man attacked, insulted by police in front of his family

In a separate incident, another Turkish man told Anadolu Agency that he suffered from police violence in Hannover.

23-year-old Burhan Aydın said a week ago his mother involved in a car accident and he and his fiancée went to the site upon hearing the news.

Aydın said as his mother's German was not very fluent, she could not express herself clearly and saw his mother crying in the car as police officers were shouting at her.

"The police officers told me to 'beat it,' and then pushed me holding my arm. I wanted to capture this on video. This time five police officers came up to me and asked for my identity card. I told them that I forgot it as I left my workplace in a rush, but I could go and get it right away. After that, two police officers violently laid me down on the asphalt and handcuffed me while stepping on me and swearing. Onlookers told them what they are doing is not right, however, despite objections from the crowd, they took me to the police station. I gave my phone to my fiancée to use the footage as evidence but police officers confiscated the phone from my fiancée while swearing at me. Then they put me into jail," Aydın said.

He added that he was released after his identity card was brought to the police station; however, his phone hasn't been delivered since.

Aydın said he pressed charges to the local prosecutor's office.