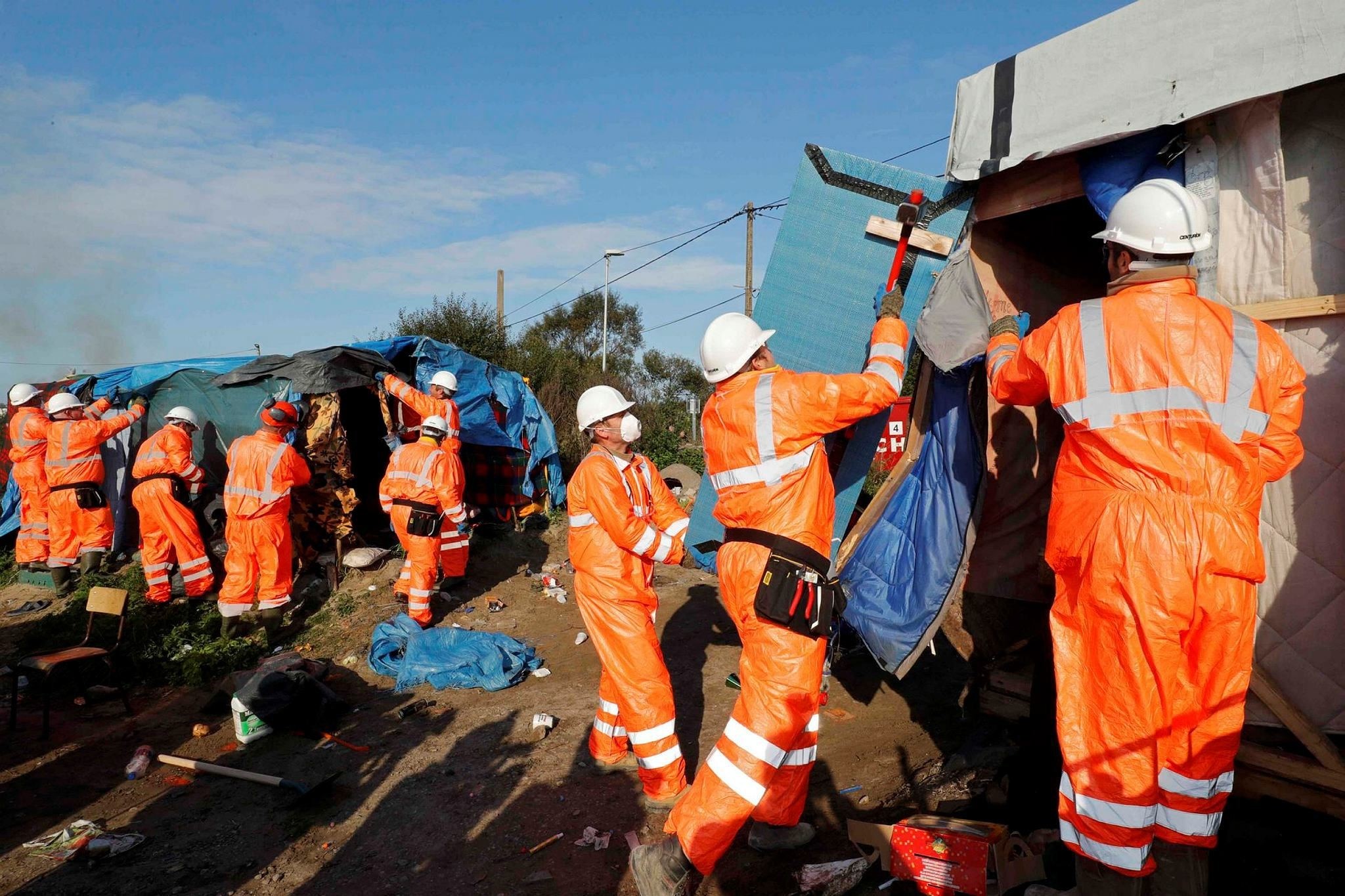 Workmen tear down makeshift shelters on the second day the evacuation of migrants and their transfer to reception centers in France. (Reuters Photo)
by Compiled from Wire Services Oct 25, 2016 12:00 am

A group of about 20 workers began to slowly destroy the Calais "Jungle" camp structures on Tuesday using sledgehammers and by hand, according to a Reuters reporter at the scene, who also saw two small bulldozers waiting nearby.

The demolition of the camp was scheduled to take place as part of government plans to clear it. Until the start of this week it was home to over 6,000 people, most of them hoping to reach Britain a short distance across the sea.

The government has been bussing the people to resettlement centres elsewhere in France. A large fire that had been blazing in the camp earlier in the afternoon appeared to have died down.

An estimated 6,000-8,000 people, mainly Afghans, Sudanese and Eritreans, have been living in dire conditions in the Jungle in the hope of sneaking into Britain.

Sudanese migrant Ali Othman, 18, smoking a cigarette outside his tent, was among those voicing defiance. "Whatever the French police do to me I will not apply for asylum here," he said. "They can detain me, jail me, throw me out on the street. I still want to go to Britain."

Officials fear that new camps will sprout up around Calais unless police remain vigilant.

Located on wasteland next to the port of Calais, the four-square-kilometre (1.5-square-mile) Jungle has become a symbol of Europe's failure to resolve its worst migration crisis since World War II.

More than one million people fleeing war and poverty in the Middle East, Asia and Africa poured into Europe last year, sowing divisions across the 28-nation bloc and fuelling the rise of far-right parties.