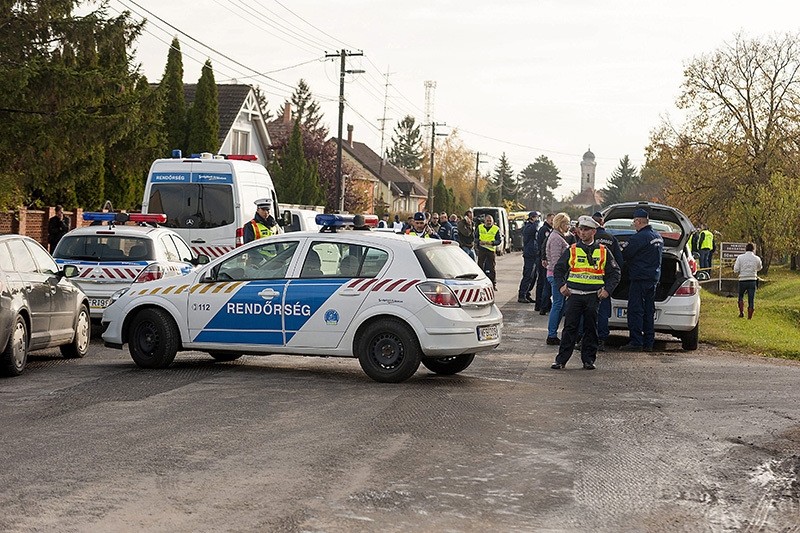 A 76-year-old Hungarian suspected of running a far-right paramilitary group shot dead a policeman during a house search in a village in northwest Hungary Wednesday, officials said.

The officer was shot in the head before entering the suspect's house in the village of Bony (110 kilometres, 70 miles northwest of Budapest) and died at the scene, police said.

Police had been sent to the house to investigate a report of illegally held firearms.

Local media reported that the property was known as a base for a neo-Nazi paramilitary group called the Hungarian National Front (MNA).

The MNA, formed in 1989, is "one of the largest and most organised paramilitary hate groups in Hungary," according to the Athena Institute far-right watchdog.

It has carried out regular military training sessions, as well as several "hostile propaganda actions" against Hungary's Jewish and gay communities, the institute said.

The suspect was injured in the incident and taken to hospital where his condition has stabilised, said Janos Hajdu, head of Hungary's counter-terror police (TEK).

The man -- who according to local media is MNA leader Istvan Gy. -- was arrested on suspicion of murder and possession of illegal firearms.

Prime Minister Viktor Orban expressed his "shock" at the death of the slain officer, 46, who had served in the police force for some 25 years, and gave his condolences to his family.

"The perpetrators of such acts must be dealt with in the most severe and toughest possible manner," Orban said in a statement published by the MTI news agency.