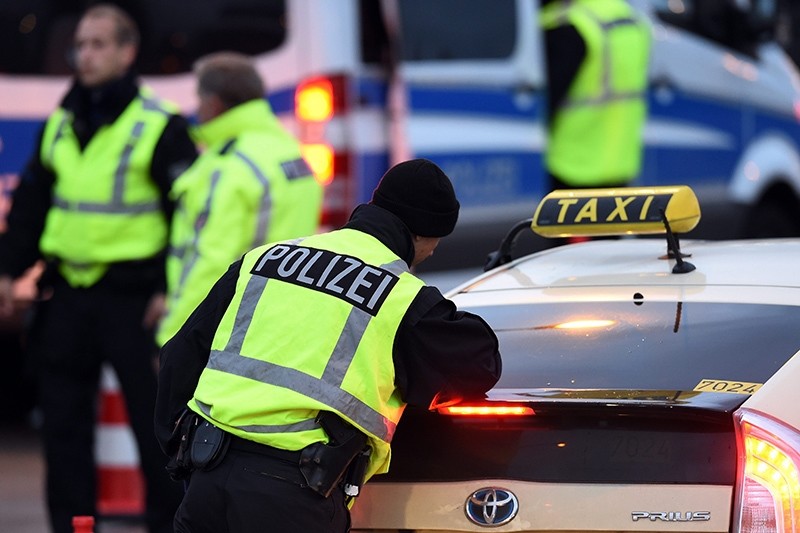 Police officers check a taxi at Schoenefeld airport just outside Berlin, Germany, 08 October 2016 (EPA Photo)
by Oct 27, 2016 12:00 am
A 19-year-old Syrian national has been charged in Germany, accused of having researched terrorist attack targets in Berlin on behalf of Daesh, prosecutors said Thursday.

Shaas Al-M, whose full name was withheld in line with German privacy laws, has been charged with membership of a foreign terrorist organization and violation of a law that regulates the sale and transport of weapons of war.

In a statement, the federal prosecutor's office said that Shaas Al-M joined Daesh in 2013. After undergoing religious and combat training, he took part in the clashes in and around the Syrian city of Deir al-Zour.

Shaas Al-M travelled to Germany in 2015 by posing as one of hundreds of thousands of Syrians fleeing war and travelling through the Western Balkans to northern Europe.

Prosecutors said he went on trips to Berlin to research potential targets for terrorist attacks, recruited at least one person for Daesh and acted as a point person for would-be terrorists.

The teen, who prosecutors say was also prepared to carry out terrorist attacks himself, was taken into custody on March 22.

Germany has been on high alert since two terrorist attacks in the space of one week in July were claimed by Daesh. Both were carried out by people who entered the country as asylum seekers.
Last Update: Oct 27, 2016 8:03 pm
RELATED TOPICS