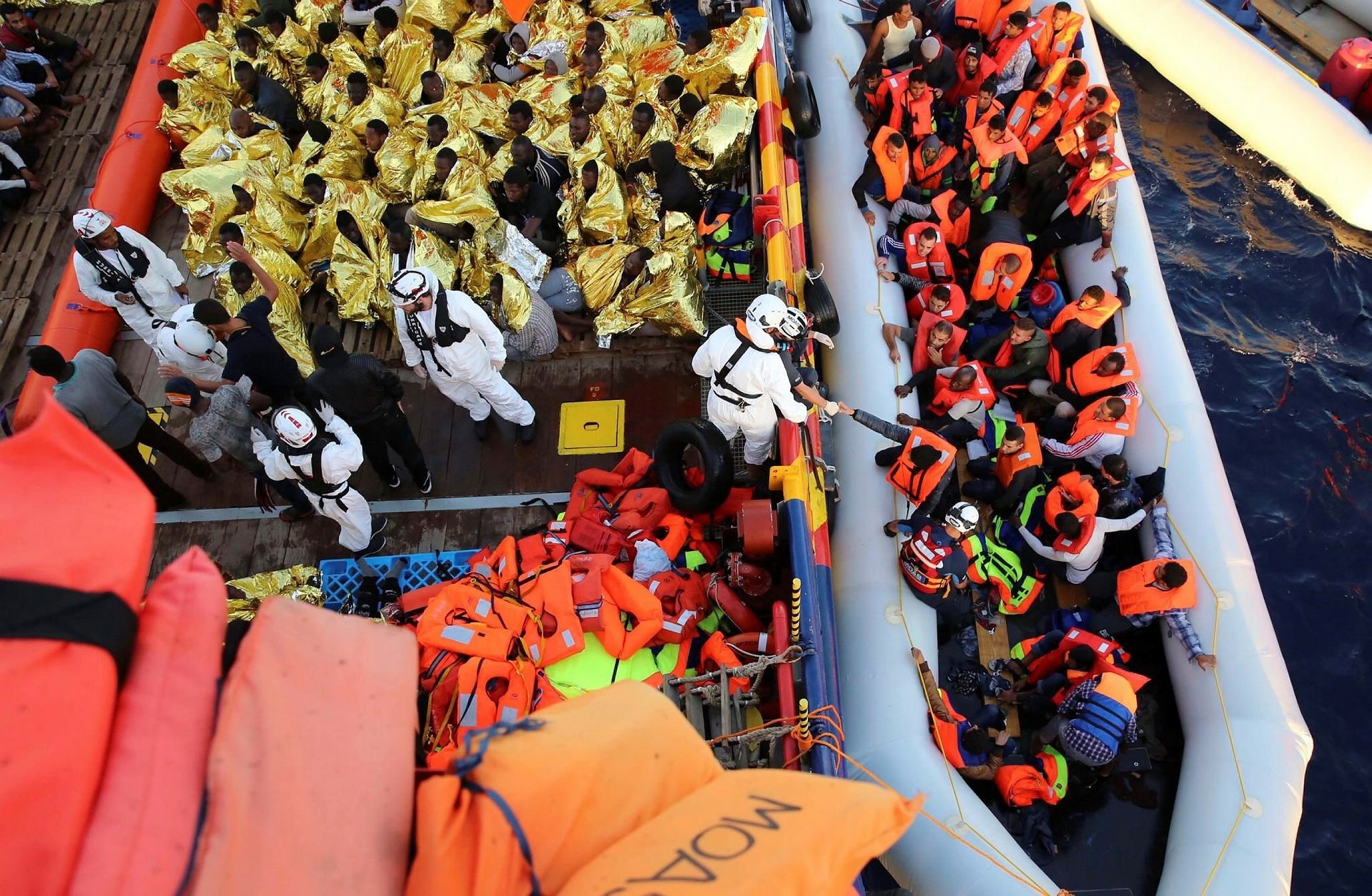 Migrants cover themselves with emergency blankets after being rescued by the vessel Responder. (AP Photo)
by Nov 05, 2016 12:00 am
Ten bodies were recovered and more than 2,100 people were saved in Saturday migrant rescue operations in the central Mediterranean, the Italian coastguard said.

A spokesman said the victims were all found on the same rubber dinghy. He could not be specific about its location.

This year has been the deadliest on record for Mediterranean migrant tragedies.

Some 4,220 people have died or gone missing while crossing from North Africa and the Middle East to Europe, according to International Organization for Migration records last updated Friday.
Last Update: Nov 05, 2016 8:34 pm
RELATED TOPICS