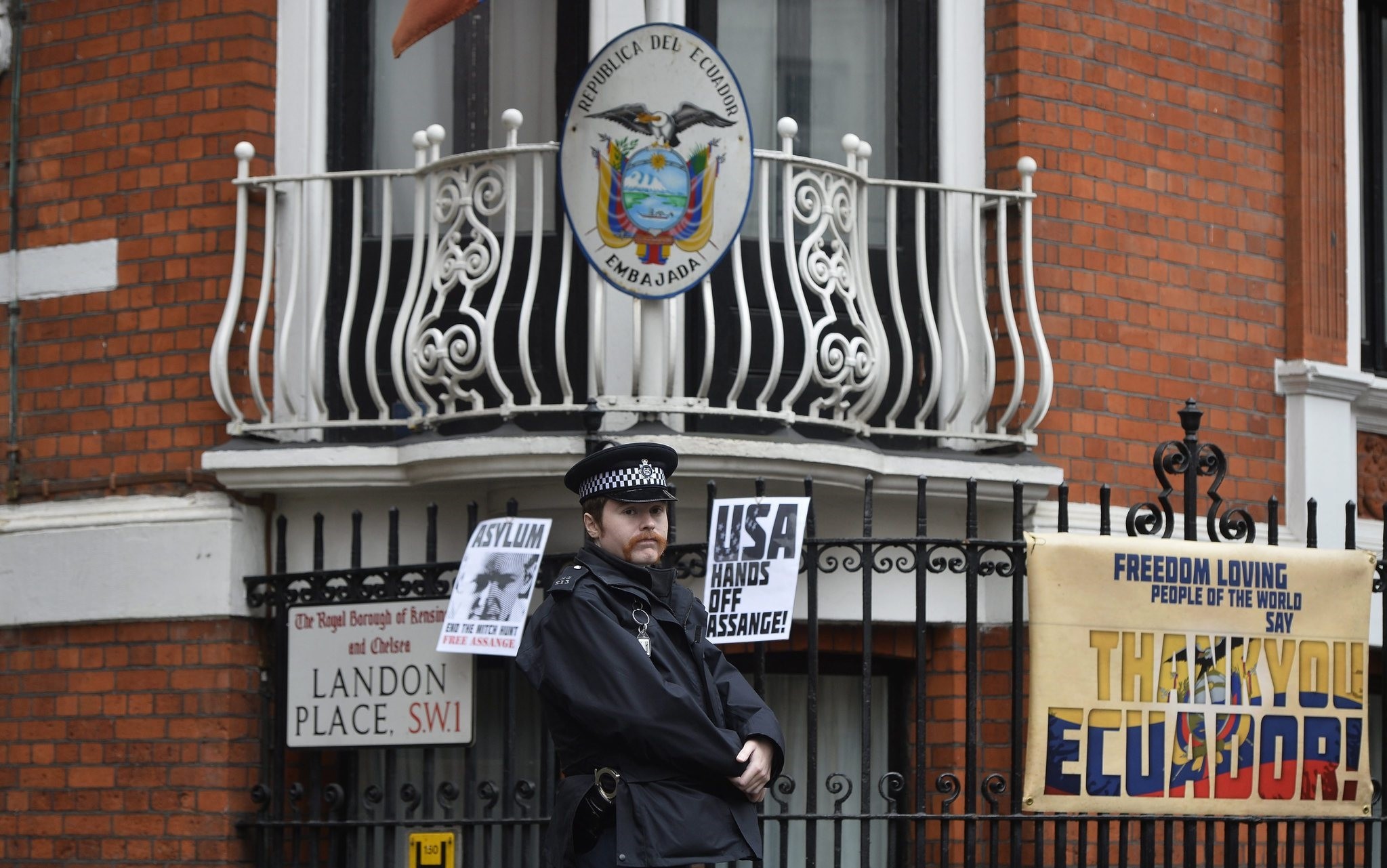 WikiLeaks founder Julian Assange was being questioned by prosecutors Monday at the Ecuadorean Embassy in London about possible sexual misconduct committed in Sweden six years ago.

Assange was being interviewed at the embassy where he sought refuge more than four years ago. The questioning was being led by an Ecuadorean prosecutor in the presence of Swedish prosecutor Ingrid Isgren and a Swedish police investigator.

Prosecutors planned to ask Assange to consent to providing a DNA sample.

Swedish officials are seeking information related to allegations of serious misconduct made by two Swedish women he met in 2010. Some of the alleged misconduct is no longer being investigated by police because of the statute of limitations.

He is, however, being questioned about a possible rape of one of the women who complained to authorities. He has not been indicted.

Prosecutors say no immediate decision on the future of Assange's case will be made on Monday. They also said no public statements will be made after the questioning, which may last several days.

Assange's Swedish defense lawyer, Per Samuelsson, told Swedish media he has "high hopes" the case will be closed once prosecutors have completed the interview. He complained that he has been barred from the hearing, despite arguing that Assange's Swedish lawyer must be permitted to take part.

"I'm not on the list of persons that Ecuador has drawn up and allowed to be present," Samuelsson told the Swedish national broadcaster SVT. "An Ecuadorean lawyer has taken up this question as a formal issue in the introduction of the hearing."

Civil rights activist Peter Tatchell said outside the embassy that he and others had gathered to show "solidarity" with Assange and WikiLeaks. He said Assange was being "hounded" because of WikiLeaks' work in shedding light on the "terrible things" done by the U.S. government and others.

Some supporters hoisted pro-Assange banners outside the embassy.

Assange has denied sexual wrongdoing and says he fears being extradited to the U.S. because of his WikiLeaks work. It isn't known if he faces a secret grand jury indictment in the U.S.

The sex crime allegations were made shortly after Assange and WikiLeaks became well known worldwide for releasing hundreds of thousands of pages of classified U.S. government documents.

One Swedish woman said Assange intentionally damaged a condom and pinned her down while having sex. A second woman said Assange had sex with her without a condom while she was asleep. In Sweden, having sex with an unconscious, drunk or sleeping person can lead to a rape conviction punishable by up to six years in prison.

A Swedish investigation into the crimes was launched, then dropped for lack of evidence, and then started again as prosecutors sought to question Assange about possible molestation and rape.

By then Assange was in Britain, making it harder for Swedish prosecutors to question him. They sought an international arrest warrant for him that was issued in November 2010.

Assange surrendered to police in London and was freed on bail, receiving support from a wide range of celebrities including filmmakers Oliver Stone and Michael Moore.

He then moved into the Ecuadorean Embassy in London in June 2012, putting him out of reach of British authorities.

He has remained in control of WikiLeaks, which released hacked emails relating to the Hillary Clinton campaign in the final weeks of her failed White House run.