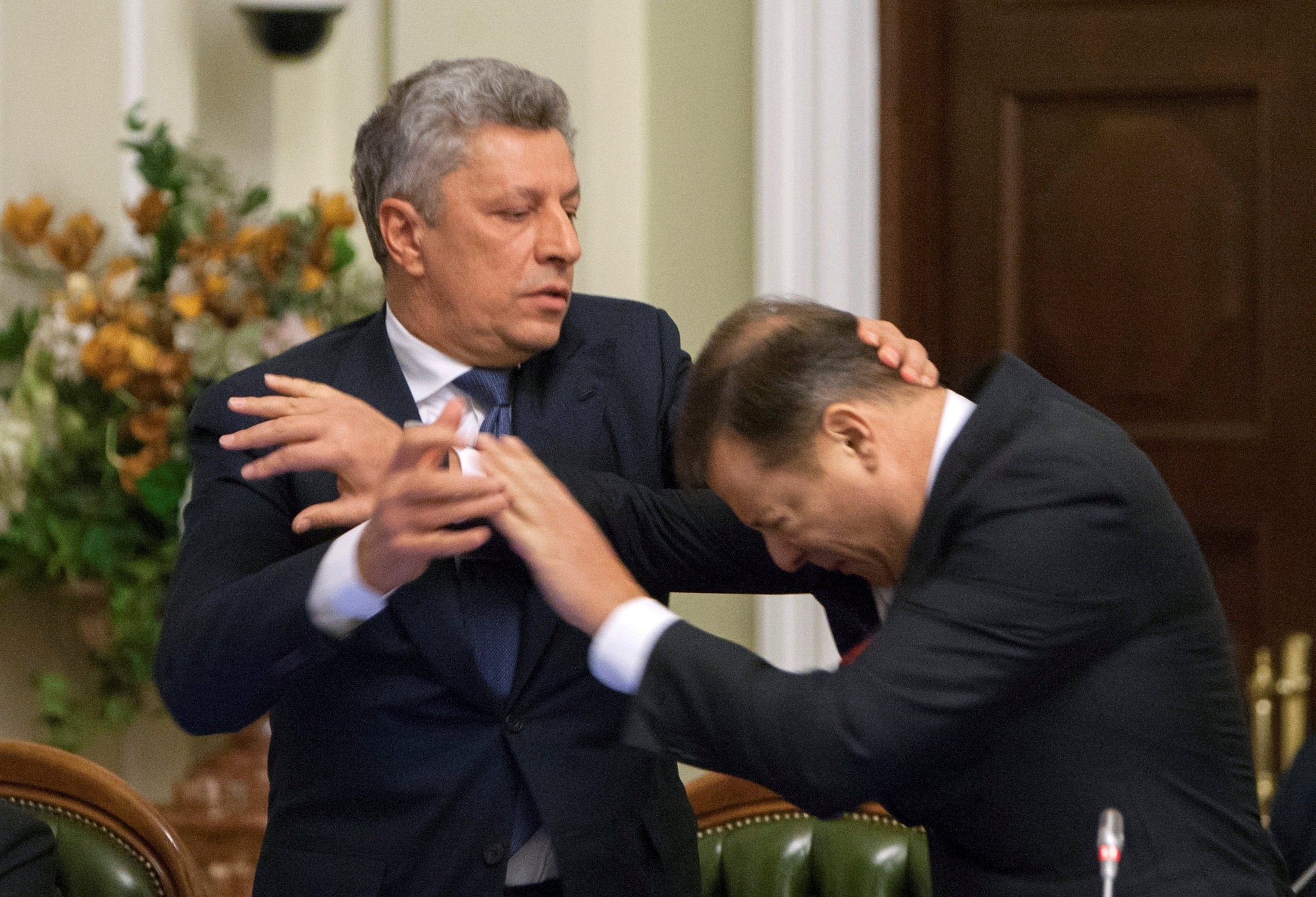 A brawl broke out between two Ukrainian MPs on Monday during a meeting of parliament faction leaders in Kiev, as one party leader accused another of working with the Kremlin and calling for him to be jailed.

Oleh Lyashko, the leader of Radical Party, was on the receiving end of several punches thrown by Opposition Party leader Yuriy Boyko after he accused Boyko of travelling to Moscow to receive orders from the government there.

"Instructions must be received from your own people, from Ukrainians," Lyashko said.

"By the way, I also want to ask the SBU (Security Service of Ukraine) why they visit Moscow and are not yet in jail?" he added, before Boyko jumped to his feet and aimed a punch at Lyashko's face.

Other lawmakers were quick to intervene and end the scuffle. But Lyashko continued his tirade, leading to a second fistfight.

This is not the first time Lyashko, known for his populist views, has been a part of violent scuffles in parliament, where brawls happen on a regular basis.

The Opposition Bloc mainly unites lawmakers from the now defunct Party of Regions, the party of Viktor Yanukovich, the pro-Kremlin Ukrainian leader who fled the country for Russia after mass protests and shootings in 2014.