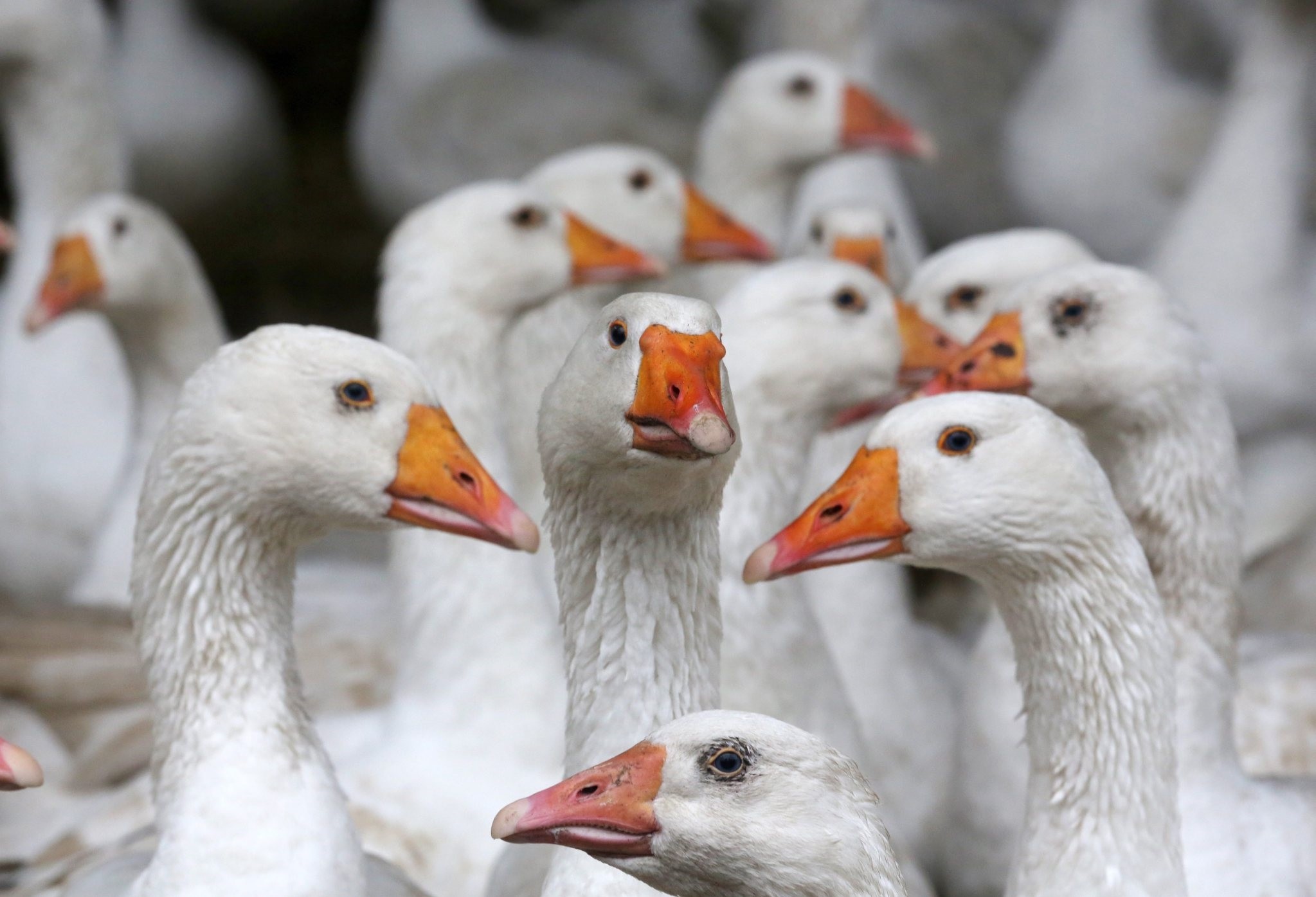 Geese are kept in stalls after farmers were ordered to keep the animals inside in the wake of an outbreak of avian flu in North Rhine-Westphalia. (EPA Photo)
by Compiled from Wire Services Nov 16, 2016 12:00 am

German authorities said a flock of 30,000 chickens had been destroyed in the northern state of Schleswig-Holstein after a strain of bird flu was detected in their enclosure.

The animals were killed Sunday and Monday as a precaution to try to contain the H5N8 strain of the virus, which can easily spread among birds but is not known to infect humans.

The state on Monday announced new protective measures, including ordering special protective clothes to be worn in stalls, and the complete cleaning and disinfection of all vehicles used to transport poultry.

Eight European countries and Israel have found cases of the highly contagious H5N8 strain of bird flu in the past few weeks and some have ordered that poultry flocks be kept indoors to avoid the disease spreading.

Most outbreaks have involved wild birds, but Germany, Hungary and Austria have also reported cases in domestic duck and turkey farms where all poultry had to be culled.

More outbreaks in Europe are likely in the next few weeks as wild birds believed to transmit the virus migrate south, the deputy head of the world animal health body said on Tuesday.

"An impact from the current bird flu incidents in Germany and other parts of Europe were to be expected," Mecklenburg-Vorpommern state agriculture minister Till Backhaus said in a statement.

The restrictions underline the need for farmers to rigidly apply rules to restrict the spread of animal illnesses, he said.

Bird flu cannot be transmitted through food, but trade restrictions can have a major impact on countries where the disease is present.

The upcoming Christmas season is a critical time of sales for poultry farmers throughout Europe.