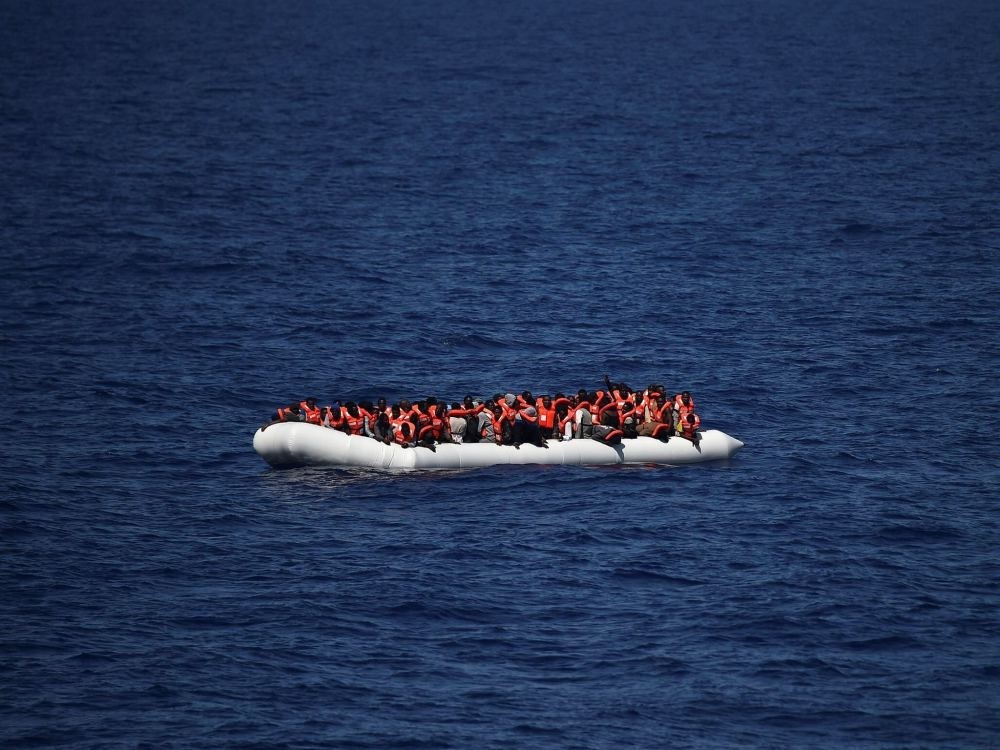 Migrants that died or are presumed dead in Mediterranean shipwrecks have been increasing in recent days.
by Compiled from Wire Services Nov 19, 2016 12:00 am

The toll of missing and dead rose Thursday in a grim week of Mediterranean crossings as African survivors described being robbed of life jackets and boat engines and abandoned to a watery grave.

A group of 27 survivors, all men, were plucked to safety on Wednesday, but roughly 100 other passengers who set off with them from Libya were missing and feared drowned, Doctors Without Borders (MSF) said. Along with two other shipwrecks this week, the latest incident pushed the toll to 18 confirmed dead and 340 missing, in what was already the most lethal year ever recorded for migrant deaths at sea.

The week's succession of tragedies at sea started with the recovery of just 15 of 150 people aboard one rickety dinghy on Monday. On Tuesday 23 were found on another boat that initially had 122 aboard.

The first group of survivors was brought to Catania, in Sicily, while the second group were expected to arrive on Italy's mainland in the port of Reggio Calabria

Spokesman Leonard Doyle of the International Organization for Migration (IOM) is decrying "a calamity in plain sight," and says new figures Friday indicate a higher toll from six incidents in the last three days between Libya and Italy.

Doyle told reporters in Geneva on Friday that 4,636 people have died on the Mediterranean this year, about 1,000 more than through this point in November last year.

The latest drownings, mostly West Africans leaving Libya for Italy, bring migrant deaths in the Mediterranean so far this year to 4,636, he said. There have been 1,000 more deaths this year among roughly half as many people trying to reach Europe by sea, with some 343,589 arrivals so far this year, against 728,926 last year at this point, according to IOM figures.

European Union interior ministers were at odds on Friday over how to handle immigration, with heated discussions between states who want more burden sharing and those who oppose any kind of obligatory relocation. "We are looking for compromises but at the moment they are not there," said Thomas De Maiziere of Germany, which last year took in about 900,000 migrants and refugees.

The ministers had a heated debate over dinner on Thursday after EU chair Slovakia put forward its proposal to reform the bloc's asylum system, which collapsed last year as member states quarreled over how to handle an uncontrolled influx of refugees and migrants that saw 1.3 million people reaching Europe, mostly from the Middle East and North Africa.

"We had a very open discussion during the dinner, sometimes passionate, very frank," said Robert Kalinak of Slovakia. "We knew this would not be easy but we have to breach differing views between member states." All of us have the same goal - we want to solve the migration crisis ... What we invented last year is not as efficient as we expected so we are obliged to propose other ways."

To regain control over the flows of people into the continent, the EU strengthened its external borders, struck deals with some of the main countries of origin and transit along the migration routes and suspended its Schengen free travel zone.

Overall, the number of arrivals has decreased from last year but they continue unabated in Italy and tens of thousands of people are still stuck in Greece and Italy, sometimes in dire conditions.

EU states cannot agree how to handle them. Despite agreeing last year to relocate 160,000 people from Italy and Greece, eastern European countries, including Slovakia, Poland and Hungary, have refused to take any in. Germany, which received most of those who made it to Europe last year, is backed by Sweden, Italy and Malta - which takes over the bloc's presidency in January for six months - in pushing for obligatory relocation in the asylum reform.
RELATED TOPICS