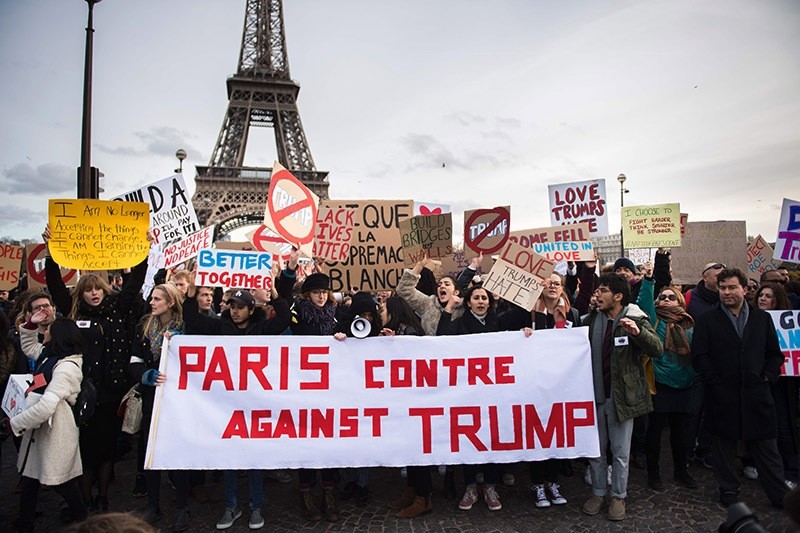 People hold a banner reading ,Paris against Trump, during a demonstration against US President-elect Donald Trump in front of the Eiffel Tower in Paris on Nov. 19, 2016. (AFP Photo)
by Associated Press Nov 20, 2016 12:00 am

A few hundred people have protested in Paris against U.S. President-elect Donald Trump, expressing their concern about whether he will respect human rights, women and minorities.

Protesters, including many Americans living in France, took to the streets Saturday in the Eiffel Tower neighborhood behind a large banner "Paris against Trump."

Youssef Al-Moughrabi, born in California and studying in Paris, told The Associated Press that "we are not contesting election results. But in every democracy I believe there is a government and there is an opposition, in a healthy democracy, and we are the opposition."

Many placards could be seen in the crowd with messages against racism, misogyny, Islamophobia, "homophobia" and "white nationalism."

On Nov. 8, the 70-year-old Republican candidate Donald Trump became the 45th U.S. President after an astonishing electoral victory which was not predicted by any major survey.