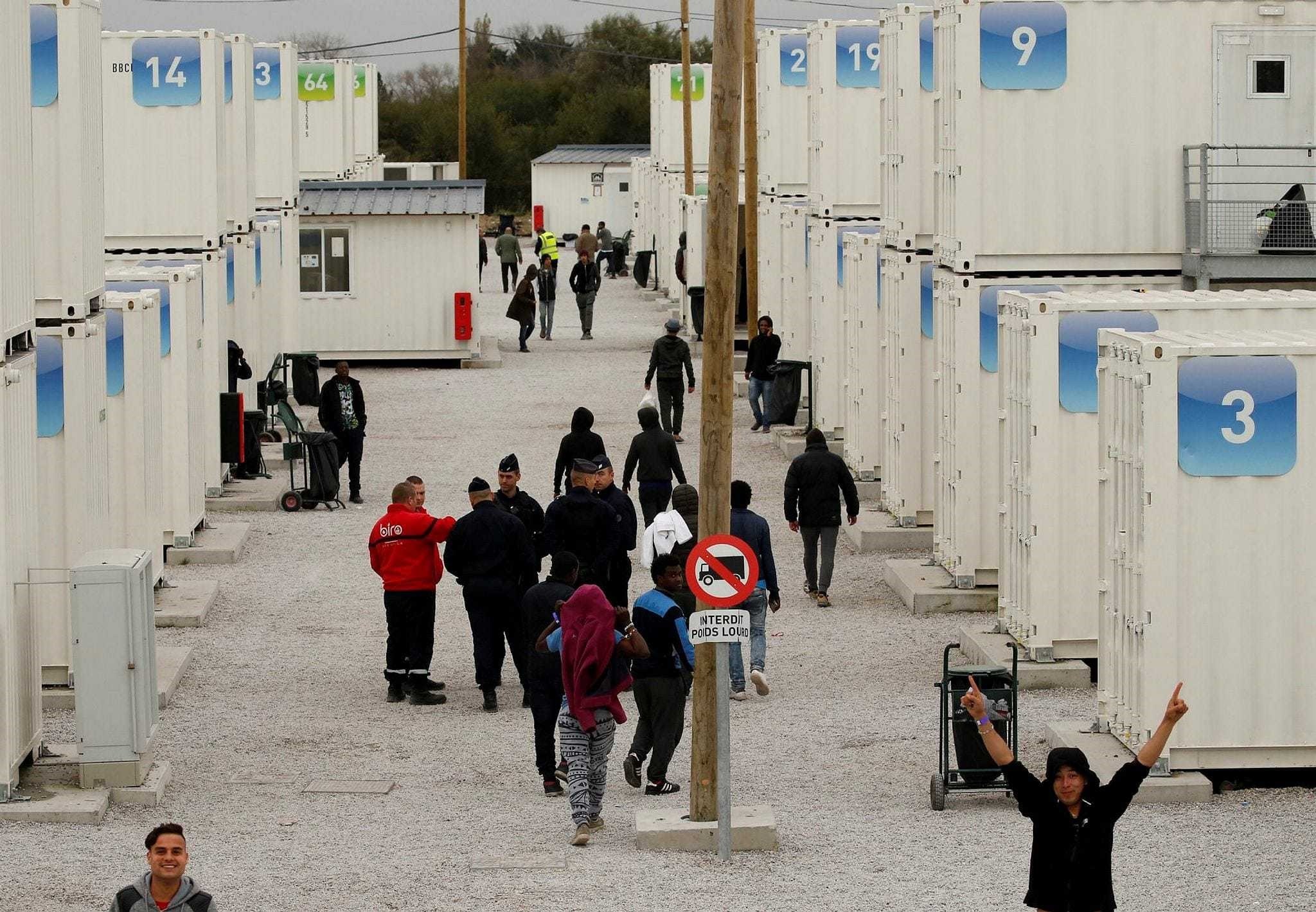 Around 1500 migrant minors in Calais inside the containers before leaving for one the reception centers in France, Nov. 1.
by Compiled from Wire Services
Nov 21, 2016 12:00 am

France has been under criticism over worsening humanitarian conditions for refugees as the country illegally expels a number of minors to Italy, international rights groups reports

France has illegally expelled a number of minors and dozens of adults to Italy, rights groups and a lawyers' union said on Saturday. The expulsions occurred after a group of youngsters requested protection and access to child services in Breil-sur-Roya, a town on the French-Italian border. The allegation was made by representatives of France's Human Rights League, the Network for Education without Borders (RESF), Amnesty International, immigrant support group Cimade and the French lawyers union SAF at a joint press conference in Nice.

On Nov. 11, "12 youngsters made a request for protection" in Breil-sur-Roya, said Mireille Damiano, a lawyer with the SAF. "But although eight of them were rehoused, four others were sidelined" then illegally sent back to Italy by the police, she said.

The following day, another 58 people had also requested protection, but most of them were put on a train to Italy, the groups said, denouncing the French authorities for "illegal abuses of process."

Getting help for those caught in such a situation was tricky, they said, given the need to physically meet with such minors in order to take testimony from them.

Earlier this week, Nice prosecutor Jean-Michel Pretre said that since the borders were closed following the Paris attacks in November 2015, those arriving in the country illegally were considered as not having entered France at all.

"These people must be immediately sent back ... be they adults or minors," he said last Monday. But his argument was challenged by the associations who said France must consider "the best interests of the child." They also flagged growing concerns over the situation on the French-Italian border where "hundreds of people" were surging into the Roya valley, "among them a very large number of minors."

Hundreds of refugees are risking their lives to enter the other end of France from northern Italy. The frontier between Italy's Ventimiglia and Menton in southern France is already known as "Mini Calais."

More than 24,000 refugees have been residing in the Italian town since late September as France refused their entry into the country, as reported by French newspaper Le Figaro. French officials argue that refugees should stay at the Italian side of the border under the Dublin regulations. The Dublin Regulation decrees that asylum seekers must apply in the country they first entered the EU.

According to Italy's interior ministry, about 124,500 migrants have arrived since the start of 2016, just slightly more than the 122,000 recorded for the whole of last year. Italy is sheltering growing numbers of would-be refugees as its neighbors to the north move to tighten their borders and make it harder for migrants to travel to their preferred destinations in northern Europe.