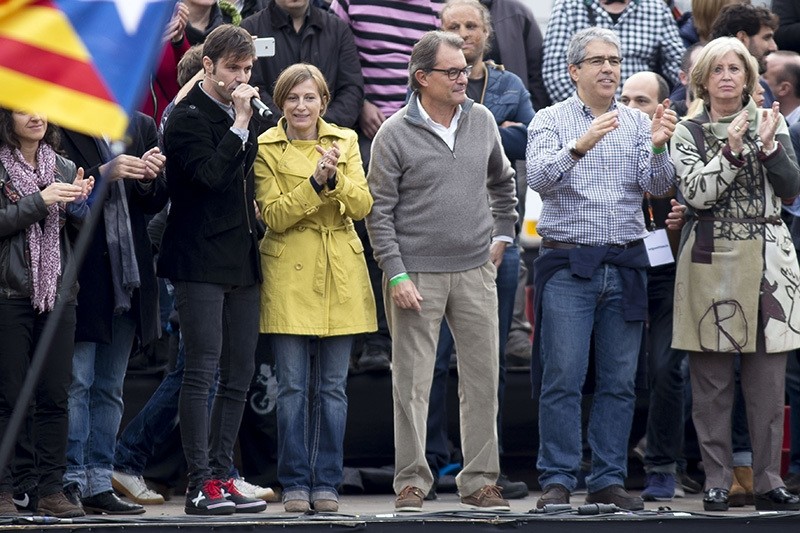 Francesc Homs (2ndR) attends a rally to support Catalan politicians who are being tried for their separatist initiatives against Spain. (AA Photo)
by daily sabah Nov 23, 2016 12:00 am

The immunity of Catalan deputy Francesc Homs, accused of abusing and disobeying Constitutional Court decisions in connection with pro-independence initiatives by the Catalonia autonomous government in Spain, has been abolished.

A closed session was held in the Spanish Parliament on the removal of Homs's immunity by request of the Supreme Court. The decision to lift the immunity preceding the trial of Homs was accepted by a vote of 248 to 91. Homs' trial is expected to start next spring.

Regarding Hom's trial, Spanish Prime Minister Mariano Rajoy said: "I am always open to dialogue with Catalonia, but I cannot accept it as a precondition for a referendum to start the dialogue. It is factitious to accuse Spain of not being a democratic country."

The Supreme Court announced that it has launched proceedings against Homs for his alleged role in staging an informal independence referendum in November 2014. Artur Mas, the former president of Catalonia's regional government and two other officials have faced charges for their alleged roles in the 2014 referendum.