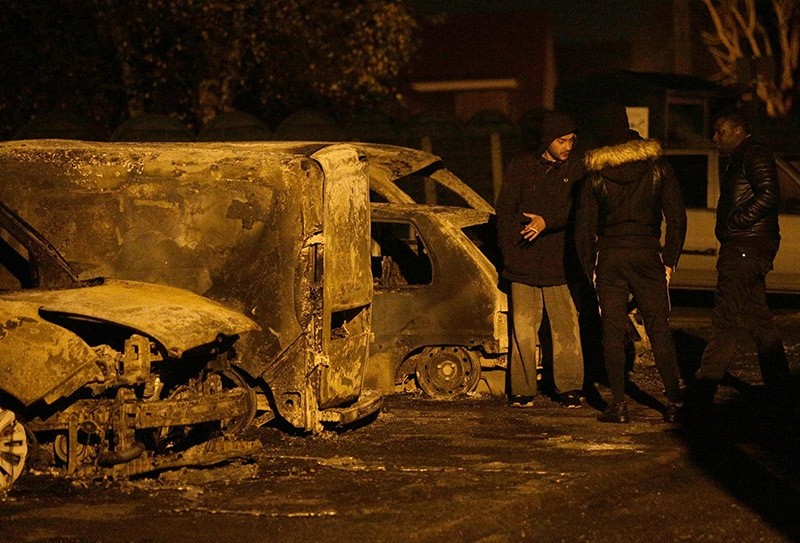 Protesters furious about the arrests of two young men, both brothers of Adam Traoré who died in custody in July, have clashed with French police and torched several cars on Wednesday evening.

Both young men, of African origin, are the brothers of Adam Traoré who died in custody following his arrest on July 19 by French Gendarmerie officers. The family members of the victim consider the death of Traoré to be deliberate execution as a result of the violence of security officers.

Protests over the arrest of the brothers began at 10:45 on Wednesday night and lasted several hours, reports say. Dozens of protesters wearing t-shirts marked ''justice for Adama'' gathered and torched six cars, and a bus was set on fire by hooded protesters after passengers were evacuated.

The situation returned to normal after over 100 gendarmes were deployed. French media outlets report that locals stepped in and extinguished the torched vehicles.

French officials are warning against new escalations of street violence.