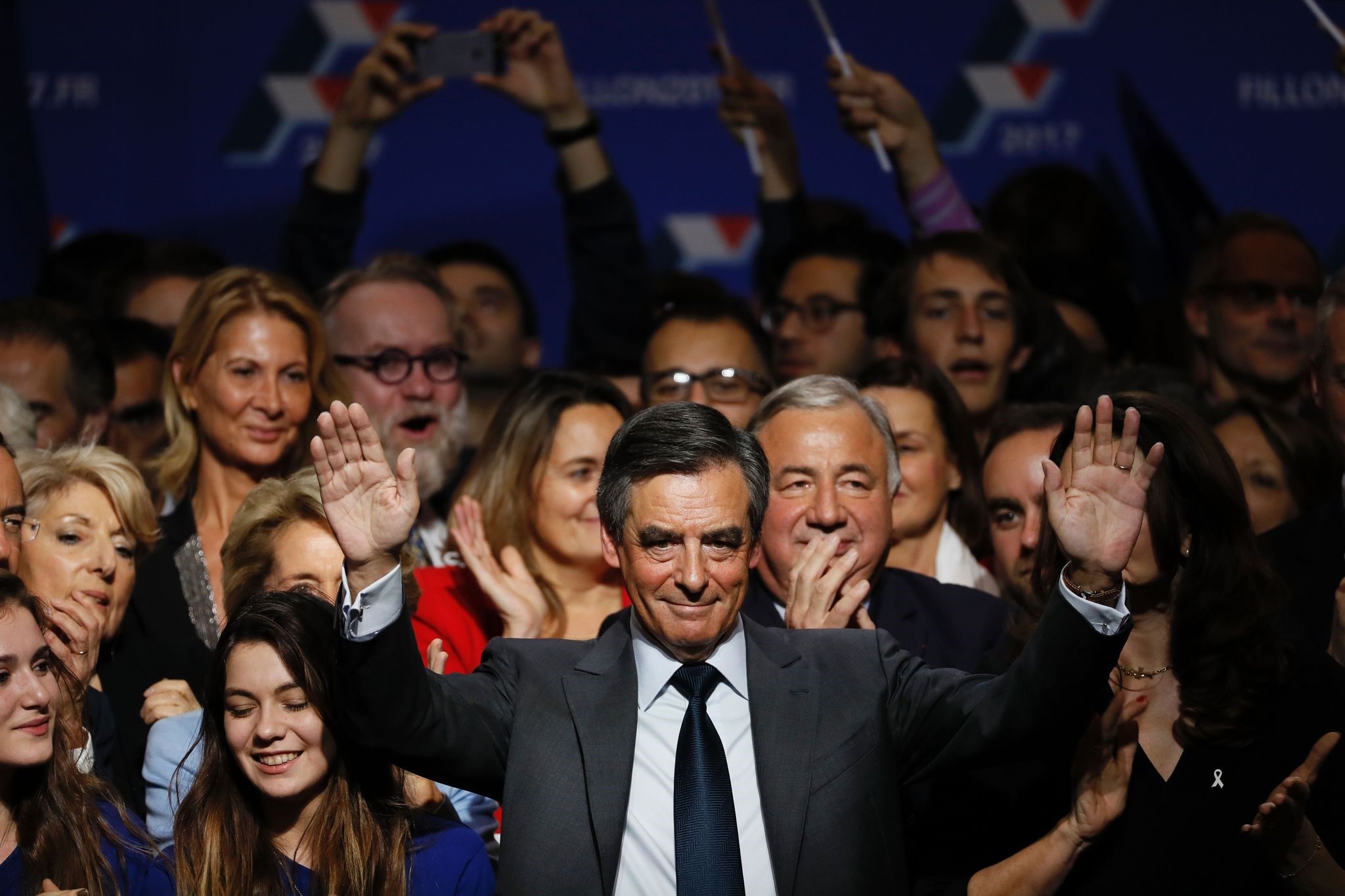 Former French prime minister Francois Fillon is seen winning the conservative presidential primary nomination for next year's election with 61 percent of the vote against 39 percent for rival Alain Juppe, according to a poll by Opinionway on Friday.

The online poll of 550 registered voters who intend to cast their ballot in Sunday's primary vote was carried out on Nov. 24 and 25, the pollster said in a statement.

Fillon and Juppe, who is also a former prime minister, were both wrapping up their campaigns with rallies in Paris and Nancy respectively on Friday night.

"You have to tear the house down to properly rebuild it," he has said.

His runaway victory in the first round of the centre-right Republicans party primary last Sunday was revenge on his former boss, ex-president Nicolas Sarkozy.

Sarkozy, who crashed out in third place, had once dismissed Fillon as a "Mr Nobody" when he served as Sarkozy's prime minister from 2007 to 2012.

But the man who himself admitted in a TV interview he had a "boring image" has emerged as the right's best hope to reconquer power after five years of Socialist rule.

The winner of Sunday's primary run-off will become the favourite for next year's presidential election in May where he will likely face -- and polls say beat -- Marine Le Pen, leader of the far-right National Front (FN).

With the backing of influential fellow Republicans leaders and favourable polls, Fillon has the momentum heading into Sunday's vote to clinch the nomination against rival candidate Alain Juppe, 71.

Fillon, an amateur rally driver who was born in Le Mans, home of the world-renowned 24-hour race, believes he is "several laps ahead" of his adversary.