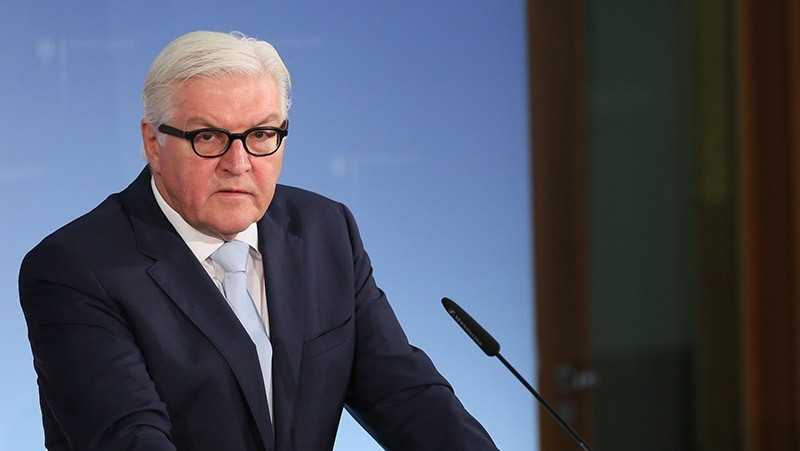 Fifteen European countries have joined Germany in its push for a new arms control agreement with Moscow, saying more dialogue is needed to prevent an arms race in Europe after Russia's actions in Crimea and eastern Ukraine, a German newspaper said.

"Europe's security is in danger," German Foreign Minister Frank-Walter Steinmeier told Die Welt newspaper in an interview published on Friday. "As difficult as ties to Russia may currently be, we need more dialogue, not less."

Steinmeier, a Social Democrat who has been nominated to become German president next year, first called for a new arms control deal with Russia in August to avoid an escalation of tensions in Europe.

Fifteen other countries - all belonging to the Organization for Security and Cooperation in Europe - have since joined Steinmeier's initiative: France, Italy, Austria, Belgium, Switzerland, the Czech Republic, Spain, Finland, the Netherlands, Norway, Romania, Sweden, Slovakia, Bulgaria and Portugal.

The group plans to issue a joint statement on Friday and will meet again on the sidelines of a Dec. 8-9 ministerial level OSCE meeting in Hamburg that will be hosted by Germany, which now holds the rotating presidency of the OSCE.

Steinmeier condemned Russia's annexation of Crimea and its support for separatists in eastern Ukraine, saying such acts undermined delicate bonds of trust built up over decades and threatened to unleash a new arms race.

He urged more countries to join the arms control initiative.

"We have a responsibility to leave no stone unturned in our effort to increase security and peace," he told the paper.

U.S. officials are skeptical about the initiative, citing Russia's failure to abide by existing agreements and treaties.

Steinmeier also drew criticism from U.S. and NATO officials in June after warning that Western military maneuvers in Eastern Europe amounted to "sabre-rattling and shrill war cries" that could worsen tensions with Russia.

Both parties are concerned about U.S. President-elect Donald Trump's comments during the campaign about rebuilding ties to Russian President Vladimir Putin and suggesting that he may scale back protection of NATO allies.