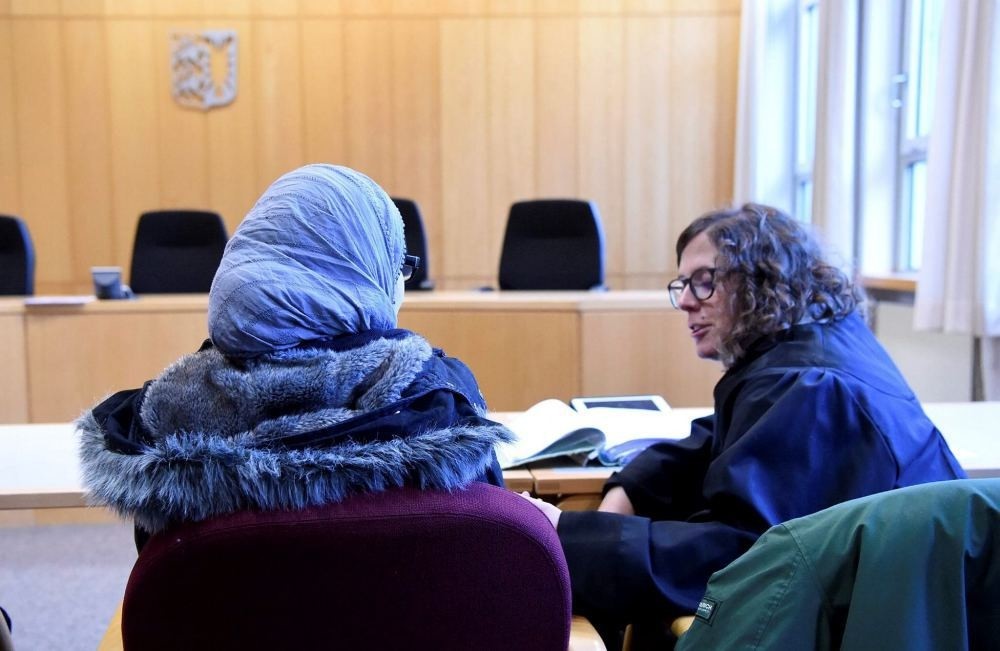 A Syrian refugee waits for an appeal hearing to begin in a hearing room at the Higher Administrative Court (OVG) in Schleswig, Germany, Nov. 23.
by Compiled from Wire Services Nov 25, 2016 12:00 am

As many Syrian refugees expect to have full asylum protection under the Geneva Convention, a German court ruled that only a lower-level ‘subsidiary protection' to war refugees can be granted to people seeking asylum in the country

Syrian refugees are entitled to second-tier asylum status, the Higher Administrative Court in the northern German region of Schleswig ruled on Wednesday. The German authorities confirmed the Federal Office for Migration and Refugees (BAMF) practice of granting subsidiary protection to war refugees who have fled Syria.

Thousands of refugees have sued the German state for refusing them to give full status, with the vast majority winning their cases, the Süddeutsche Zeitung reported.

More than 17,000 refugees, of whom 15,000 are Syrians have taken Federal Office for Migration and Refugees (BAMF) to administrative courts over this decision, with 6,000 cases passed through the courts in August alone. Under the Geneva Convention regarding refugees, German administrative courts ruled that they deserve "full protection in over 90 percent of cases," as reported by the Local Germany.

In the face of increasing number of refugees, the German authorities give qualified form of asylum known as "subsidiary protection" from BAMF. Despite being safe from deportation with subsidiary protection, compared to those with full status, they still face considerable disadvantages

In a bid to deal with lowering support for the conservative government, Germany toughens its stance over refugees through preparing a new draft legislation that will make it harder for migrants denied asylum to stay in Germany. German Chancellor Angela Merkel said earlier Germany needed to make a national effort to deport migrants who do not have the right to stay in the country.

The leader of Bavaria's Christian Social Union (CSU) has made continuing support for Chancellor Angela Merkel's Christian Democratic Union (CDU) dependent on the creation of an annual limit of 200,000 refugees entering Germany.

"We will insist on this, because a limit is a precondition for the success of integration," Horst Seehofer, a longstanding critic of Merkel's policy on refugees, told the Augsburger Allgemeine newspaper in comments published Thursday.

The figure of 200,000 is well below the number that entered in 2015, although initial estimates of more than a million are now seen as wildly overstated. Some 300,000 are expected this year, according to the office for migrants and refugees. Seehofer's intervention came after Merkel announced on Sunday that she would lead the CDU into elections next year, seeking a fourth term as chancellor. The CSU wants to make it clear to Bavarian voters it will fight for a migration limit, Seehofer said.

The two Christian parties – known as the "Union" in Germany - have come under increasing electoral pressure from the populist, ant-immigrant Alternative for Germany (AfD). The CDU-CSU alliance, which dates back to the immediate post-war period, has for the first time come under serious pressure from the right of the political spectrum. The AfD is polling close to 15 percent countrywide and well above that in eastern states, where the anti-immigrant feeling is strongest.
RELATED TOPICS