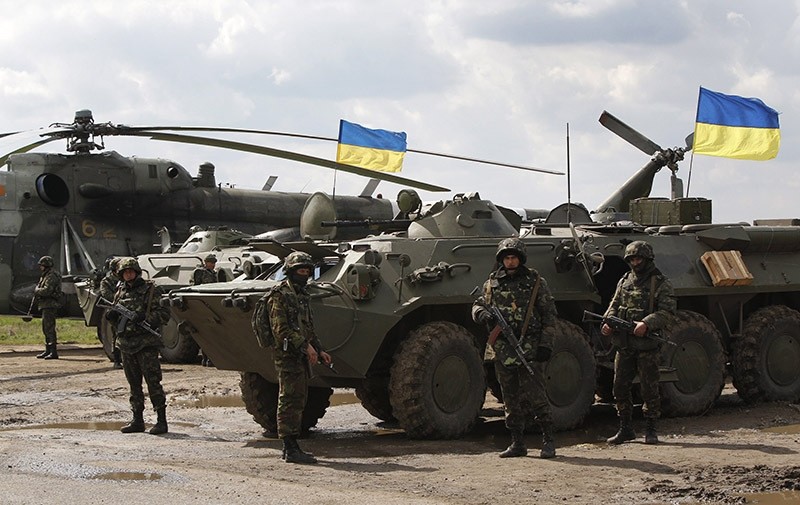 Ukraine was due to start two days of missile tests on Thursday - a move that has angered Russia, prompting it to put its air defence forces on high alert on the annexed Crimea peninsula.

The disagreement marks a fresh escalation in tensions between the one-time allies, whose relations collapsed in 2014 after Russia seized Crimea and backed pro-Russian separatists fighting in eastern Ukraine.

Ukraine says the tests in its southern Kherson region, bordering Crimea, are legitimate and will be conducted within the framework of international obligations and treaties.

"We will continue to strengthen the defence capability of our nation and continue missile tests and training," the secretary of Ukraine's National Security and Defence Council, Oleksander Turchynov, said on Wednesday.

Russia's defence ministry has accused Ukraine of seeking to create a "nervous situation" and put its land-based and ship-borne air defence forces in Crimea on higher alert in response, Russian media reported.

Kremlin spokesman Dmitry Peskov told reporters on Wednesday that he did not know whether President Vladimir Putin had ordered the defence ministry to prepare a potential military response to the Ukrainian tests.

He was responding to a question about Ukrainian media reports which said that the Russian Defence Ministry had told Ukraine's military envoy that Moscow would shoot down any missiles and destroy their launchers if Kiev test-fired missiles in the air space near Crimea.

"In the Kremlin we wouldn't want to see any actions by the Ukrainian side that breached international law and that might create dangerous conditions for international flights over the territory of Russia and adjacent regions," said Peskov.

In September, Russia held large-scale war games across its entire southern military district, including Crimea, which Ukraine and most of the international community say it illegally annexed in March 2014 after street protests toppled a pro-Moscow Ukrainian president.