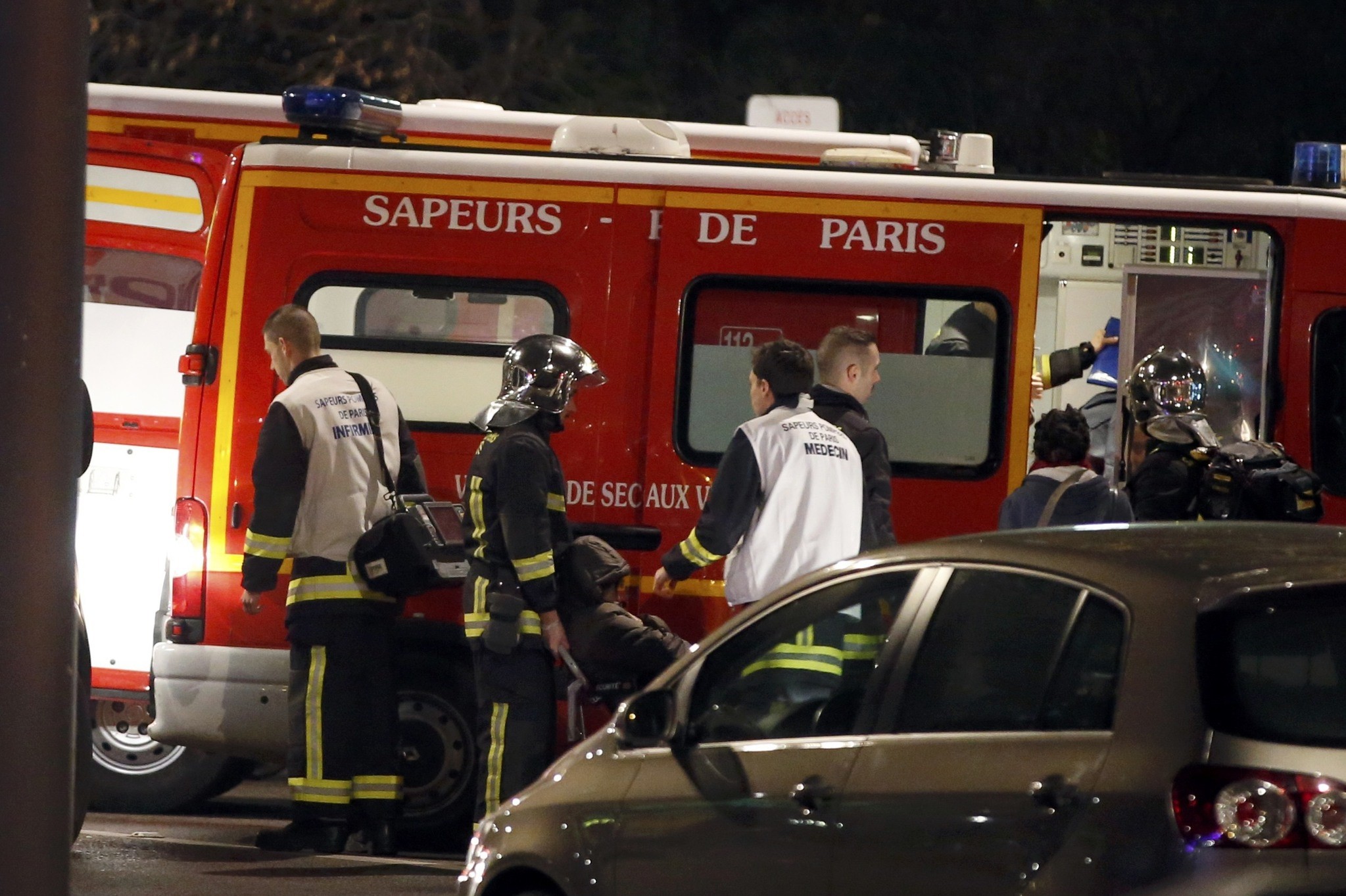 French firemen and doctors tend to a person who was one of six people in a travel agency when an armed man entered in what appears to be a robbery. (REUTERS Photo)
by Associated Press Dec 02, 2016 12:00 am

Paris officials say six people have been found safe inside a travel agency after a failed armed robbery in the southern district of the French capital.

Jerome Coumet, mayor for Paris' southern 13th district, said a single gunman burst into the travel agency on Friday night, but that the owner managed to escape and alert the police.

Coumet told reporters on the scene that the robber apparently left soon after, but six employees were afraid the gunman he was still inside.

A special police unit surrounding the agency checked the premises through CCTV. Coumet says they found the frightened employees inside, but no robber.

The mayor says nobody was taken hostage during the encounter.

The Paris police department says no one was harmed and that a suspect remains at large.