Italy votes on risky referendum that could topple the government 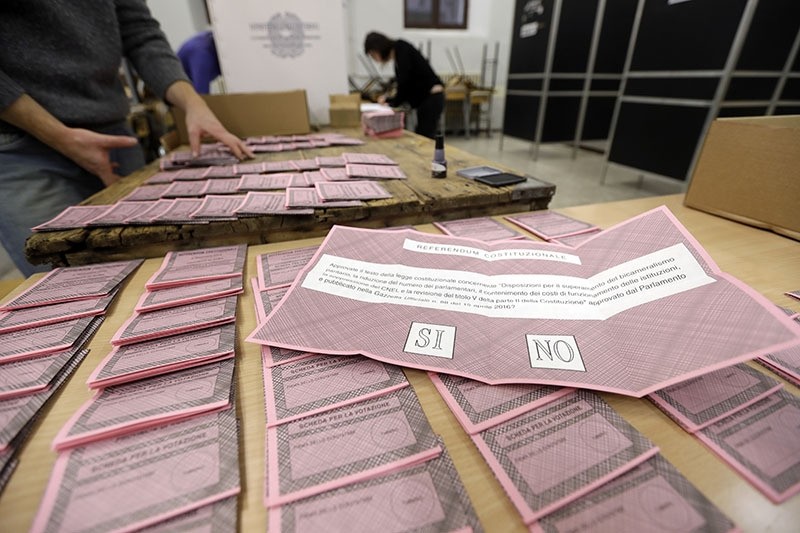 Italy is voting Sunday on a constitutional referendum that could increase political stability or topple Prime Minister Matteo Renzi, triggering a government crisis with risky consequences.

The referendum is essentially about proposals to concentrate power in the government's hands, by curtailing veto rights of parliament and regions. Supporters say this would make Italy more stable, while critics see it as undemocratic.

The referendum is also a plebiscite on Renzi, because he has pledged to go if the reforms he has championed are rejected. With his popularity waning amid a sluggish economy and an enduring migration crisis, he faces a tough battle.

A 'no' victory, championed by all opposition parties, would likely be seen as another anti-establishment choice by Western voters, after Britain's Brexit referendum and Donald Trump's victory in the US presidential elections.

More than 46 million people are eligible to vote Sunday, and a further 4 million Italian expats were allowed to make their choices via postal ballot procedures that ended Thursday. In a possibly tight race, votes cast abroad could be decisive.

Counting is set to start immediately, and results should be announced early Monday.