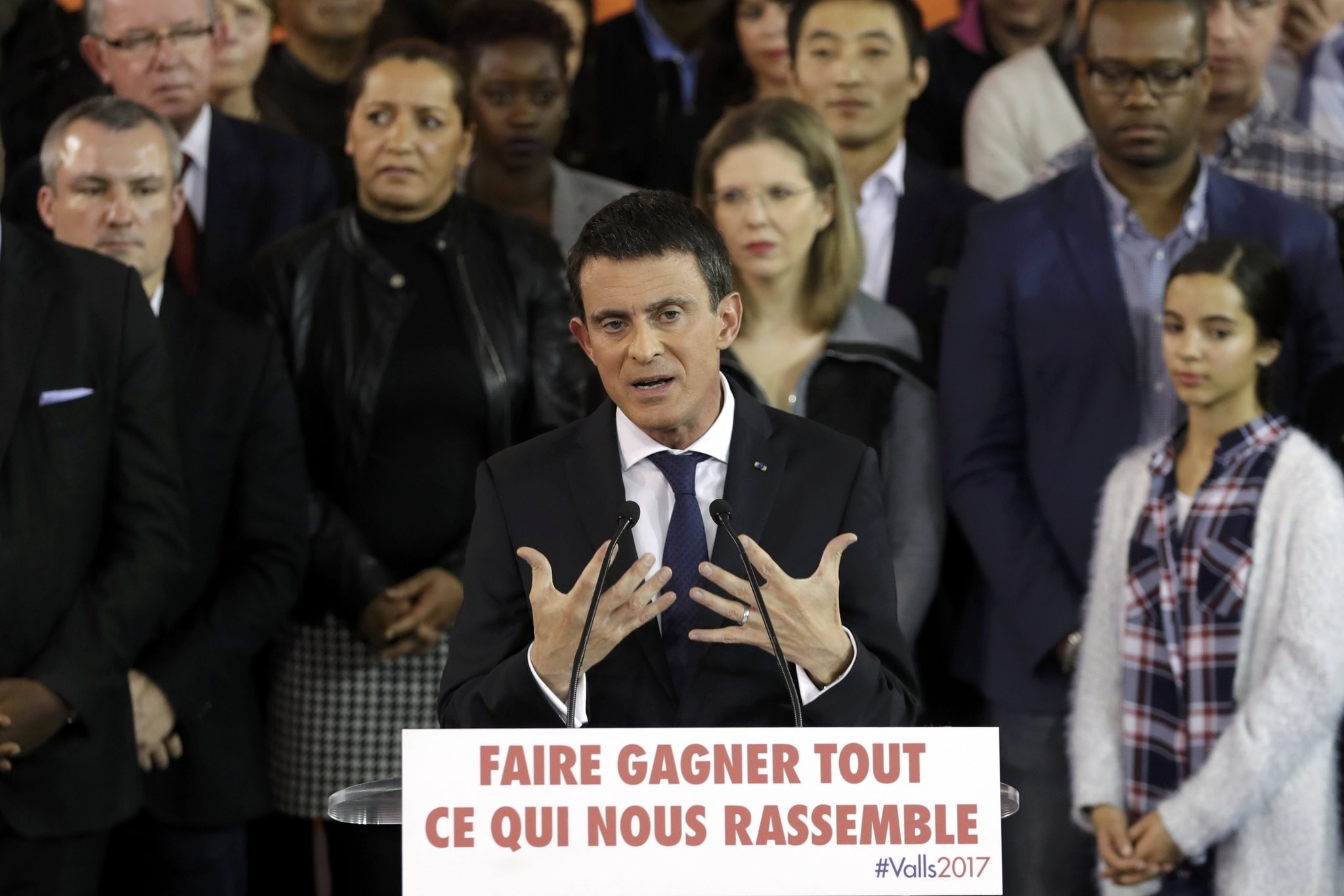 French Prime Minister Manuel Valls attends a news conference to announce that he is a candidate for January's Socialist presidential primary, December 5, 2016. (REUTERS Photo)
by Daily Sabah with Wires Dec 05, 2016 12:00 am

Former French Prime Minister Manuel Valls announced his candidacy for next year's presidential election, saying he wants to see an "independent" France in the international arena while running against the leaders of Turkey, Russia, China and the U.S. and portraying himself as the candidate who will stand up to the powerful leaders. "I want an independent France, inflexible on its values. [In the face of]China's Xi Jinping, Russia's Vladimir Putin, the U.S.'s Donald Trump and Turkey's Recep Tayyip Erdoğan, [a candidate must have] strong [global] experience. This maturation cannot be invented, cannot be improvised. I have this experience," he said.

Rather than giving a speech supportive of international dialogue, Manuel Valls pointed the finger at states that he considers as threats to France during a speech in the Paris suburb of Evry on Monday.

Valls said that he hopes to defeat the far-right, led by National Front leader Marine Le Pen, and conservative political candidate Francois Fillon - both of whom have already been chosen to represent their parties. He resigned a day after announcing his candidacy in the wake of President François Hollande's decision not to run for a second term last week.

An assertive yet divisive figure in the Socialist party, Valls is known for his outspoken, authoritarian style and his tough views on immigration and security. Valls is the top contender in the primary next month for socialist candidates and their allies before France's two-part presidential election in April and May. However, he will face tough competition from other socialist candidates.With his feet firmly planted on the left, Valls has been referred to as "socialist Sarkozy," according to the Economist in 2014.

Valls called on immigrants to self-integrate into French society, emphasizing that mastery of the French language and acclimation to French culture are conditions for remaining in France. He also drew attention to the situation of Roma migrants in the country, urging for integration with Roma sentiments evocative of Sarkozy's immigration policy which stipulates that Roma migrants from Romania and Bulgaria should return to their native countries. In 2010, former French President Sarkozy ordered the expulsion of illegal Roma migrants who had committed public offenses amid growing concerns for public safety. Contradictory to his rigid immigration policies, Prime Minister Walls is not a native-born Frenchman. After moving to France as a teenager, he obtained French nationality at the age of 20. "Yes, France is a mess. Yes, one in five young people are unemployed. Yes, painful choices have to be made. On the other hand, France has many advantages and resources as a nation. Look at me, as a child immigrant I have become prime minister of France. How many similar instances have we seen of this in other countries?" he asked during a speech in French Parliament.

Last summer, the prime minister showed his support for a local ban on Islamic burkinis on French beaches, writing on his Facebook page that denouncing the swimsuit worn by a minority of Muslim women "In no way brings individual freedom into question." He went on to seemingly denounce "fatal, retrograde Islam," and has been harshly criticized by members of his own party for championing tough labor reforms and such controversial endorsements.