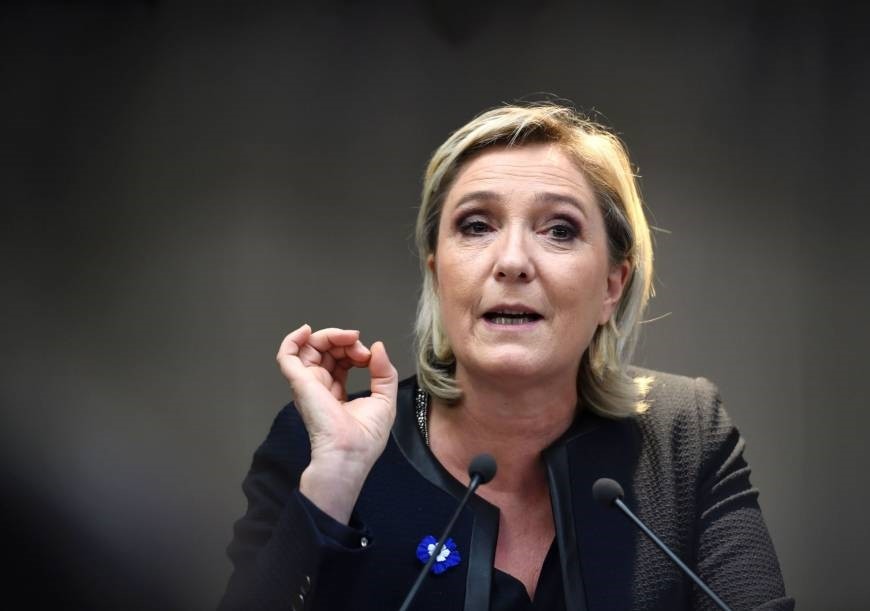 Far-right leader Marine Le Pen has declared that foreigners in France should go through a "waiting period" before benefiting from the country's social services, and that children whose parents are in France illegally shouldn't be allowed free schooling.

"I've got nothing against foreigners, but I have something say to them: if you come to our country, don't expect that you will be taken care of, treated [by the health system] and that your children will be educated for free," Le Pen said. "That's finished now. It's the end of playtime," she said at a Paris conference in comments that provoked a storm of condemnation from the Socialist government.

Le Pen, a leading candidate in France's spring presidential election, took on the prickly subject during her annual stroll through the Paris Christmas market on Champs-Elysees Avenue. She said she believes free schooling helps lure immigrants to France "like a suction." "There is no reason the French should pay for the schooling of children of people who break the law," she said.

As for the immigrants with legal status, "I think there should be a certain amount of tax contributions from them before getting access to all the public services, like education and social security," she said after a stop at a stand selling Champagne.

Education Minister Najat Vallaud-Belkacem said the far-right leader was both ignorant of the international accords signed by France that say no one can be refused an education, and of France's own educational code, which makes schooling obligatory for "children of both sexes, French and foreign, between the ages of six and 16 years old."

In France, education is seen as the prime method of cultivating French citizens and integrating immigrants. Le Pen, the National Front leader, wants to stop what she calls "massive" immigration and is urging an exit from the European Union (EU) and the 19-nation eurozone currency. Opinion polls suggest the leader of the National Front (FN) will finish second in next year's presidential election, but she is hoping for new momentum after Donald Trump's victory in the United States.

Trump made controlling illegal immigration a key part of his pitch to the American voters, promising to deport 11 million undocumented migrants, whom he regularly portrayed as violent criminals.

In an interview with Time magazine this week, he signaled he might take a softer approach once in office, however, particularly towards the children of illegal immigrants studying in the U.S.

Immigration was also crucial in swinging Britain's referendum on the EU in June, when many voters backed the "Leave Campaign" to gain control over their borders. Le Pen wants to withdraw France from the eurozone and has called for a referendum to pull the country out of the 28-member EU, a move that might unravel the project.

Le Pen's proposals, which did not appear fully defined, are a clear effort to find ways in cutting the drain on the nation's social benefits system, and to counter a potentially formidable adversary, France's former prime minister and conservative candidate, Francois Fillon, who has reforming social benefits as one of his top goals. Among others seeking the presidency is Manuel Valls, who just stepped down as France's prime minister and is trying to capture the nomination at the left's January primary.