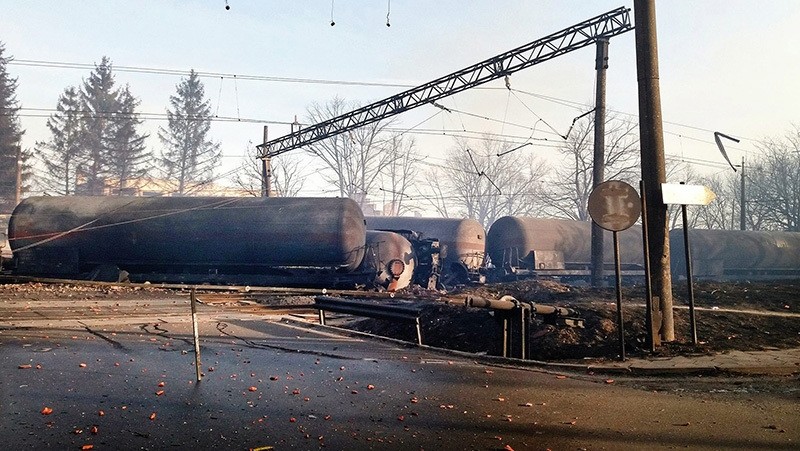 A general view of railway wagons after the explosion following a derailment of a goods train in the village of Hitrino some 360 km from Sofia, Bulgaria, Dec. 10, 2016.
by Compiled from Wire Services Dec 10, 2016 12:00 am

Speaking after the incident, Interior Ministry Chief Secretary Georgi Kostov said the explosion also caused a fire and damaged over 20 buildings nearby.

According to local fire department chief Nikolai Nikolov, a second blast was not expected but residents of the village were still being evacuated.

The injured were rushed to nearby hospitals, Nikolov added.

Video footage from the scene showed many houses in the village of 800 on fire and ambulances taking the injured to hospitals.

Prime Minister Boiko Borisov was traveling to the village, the government announced. He urged citizens to donate blood to address shortages at the nearby hospitals.