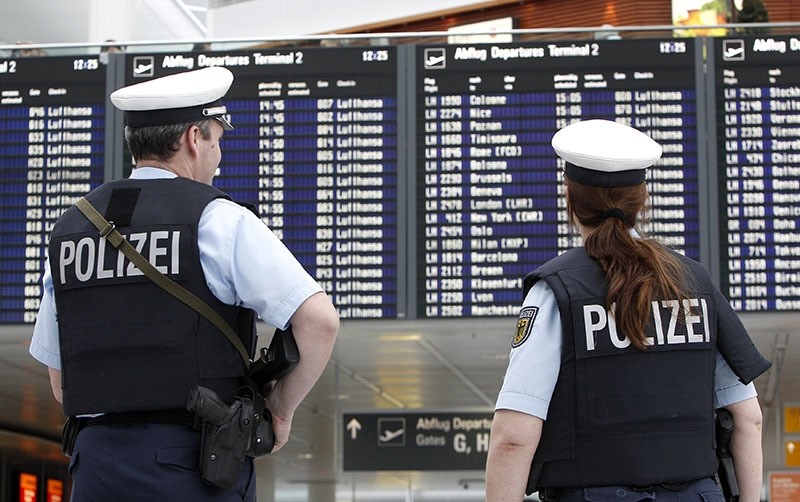 The incident involving detention of Turkish nationals in Germany's Dusseldorf Airport is apparently related with human trafficking, Turkish diplomatic sources said, while Karate federation stated that they have not assigned a delegation to Germany

It was previously reported by the Anadolu Agency that German police have held and detained a group of 14 Turkish athletes at the airport for more than 6 hours, and have detained one person among the group late on Friday, amid a spat between two countries that followed the maltreatment of Turkish Deputy Parliament Speaker and Justice and Development Party (AK Party) MP Ayşenur Bahçekapılı earlier in the week.

The detained person from the group, who was only identified as T.Ö., is accused of attempting to help a person ilegally enter Germany and will be put on trial according to Turkish diplomatic sources. Airport police questioned the group of athletes, which includes children and women, via a translator.

Turkish authorities were told by the airport police that the questioning of the athletes could take long and that the group will not be allowed to contact anyone before the questioning ends, and declined to provide more detailed information on the incident.

The group was reported to have flown to Germany to attend a Karate tournament, however, Turkish Karate Federation President Esat Delihasan told Dogan News Agency that the held suspects at the airport have nothing to do with the federation; they haven't made such an assignment in Germany and the federation currently has a delegation for a tournament in Bosnia and Herzegovina.

Meanwhile, Reuters reported that eleven people, describing themselves as a martial arts group have applied for asylum in Germany after police determined they had not come to take part in a karate tournament as they said, according to a police spokesman.

The group numbered 14 on arrival at Dusseldorf airport on a flight from Istanbul on Friday, but police determined during checks that they were not going to a tournament and suspected one of their number was a people smuggler.

"Two voluntarily flew back to Turkey," a spokesman for the federal police said, adding that the suspected smuggler, who was Turkish, had been detained by police.

The remaining 11, compromising 10 adults and one child, had been taken to a reception center for asylum seekers. The police spokesman could not say on what grounds they sought asylum.

In October, Germany's Interior Ministry said 35 Turkish citizens with diplomatic passports had applied for asylum after a failed military coup in Turkey in July that was followed by a large scale probe on suspected supporters of the putsch.

Earlier this week, Turkey's Deputy Parliament Speaker Ayşenur Bahçekapılı and her delegation were scandalously treated and held by German officials at the Cologne airport.

The incident received strong criticisms from politicians across Turkey as well as from President Recep Tayyip Erdoğan, while Turkish authorities responded with increased procedures for German diplomatic passport holders in Turkish airports. The incident was first regarded as a retaliation by Germany in that regard, however, Turkish diplomatic sources stated that the incident in Dusseldorf has nothing to do with the latest spat.

German police played down the incident claiming it was a routine examining.