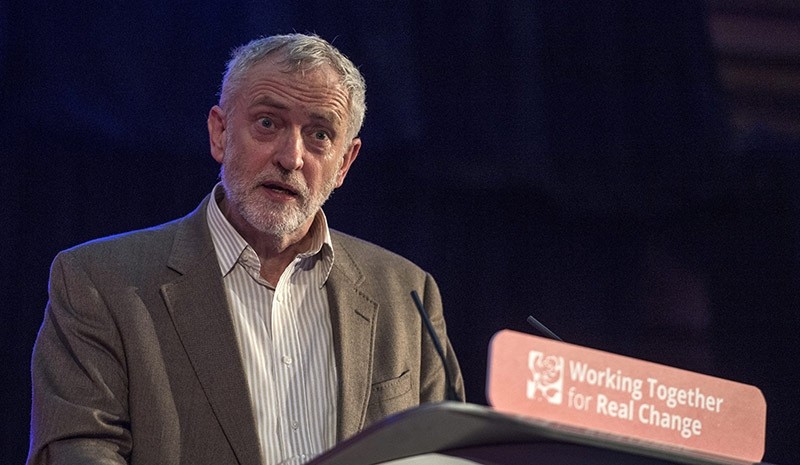 The U.K.'s main opposition party leader Jeremy Corbyn has been accused by The Times of being linked to a network lobbying for the PKK terrorist organization, which recently killed 44 people in Istanbul in twin bomb attacks.

"Mr. Corbyn and Kate Osamor, the shadow international development secretary, are patrons of the Peace in Kurdistan campaign, part of a web of U.K.-based groups linked to the PKK. Unison, a Labour-affiliated union, is also linked to the campaigns," The Times report said in an article published Saturday.

The paper accused Corbyn and Osamor of being active members of the Peace in Kurdistan group, who "appear to have used their political positions to further the group's agenda."

Corbyn in the past has submitted a motion for debate in the House of Commons calling for the PKK to be delisted as a terrorist organization. The group has been in the U.K.'s terrorist watch list since 2001.

Also, in April, Osamor hosted a "Freedom for [PKK terrorist group leader] Abdullah Ocalan" event in the House of Commons.

Speaking to Anadolu Agency about the PKK and its place in the U.K, Ed Hussain, a senior adviser at the Tony Blair Faith Foundation, said the Marxist leanings of the terrorist group gets support from the political left.

"In our minds, terrorism equates al-Qaeda or Daesh. Our public imagination does not include PKK as a terrorist outfit that threatens our ally Turkey. The Marxist nature of the PKK means that it enjoys political cover from the British political left, including the Labour leader Jeremy Corbyn," according to Hussain.

On Dec. 12, 2016, 44 people, mostly police officers, were martyred and at least 155 others were injured in twin bombings in Istanbul. The TAK (Kurdistan Freedom Falcons), a sub-unit of PKK/PYD terrorist organization, had claimed the responsibility of the attacks.