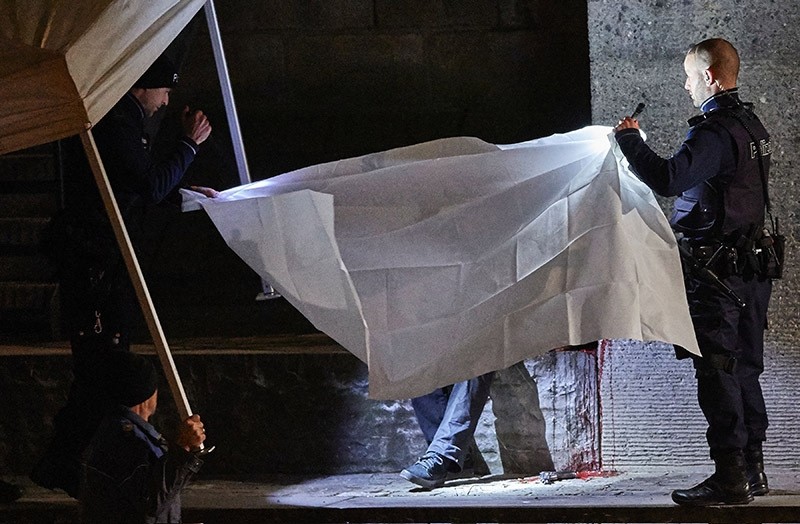 Swiss police said Tuesday they had halted a search for a shooter who injured three men in a Muslim prayer hall in Zurich, after identifying a body near the scene.

"The perpetrator of the shooting at the Islamic Centre in Zurich on Monday has been identified," Zurich cantonal police said in a statement.

"A person found dead in the vicinity of the crime scene could in the meantime be associated with the crime," the statement said, adding that "the search was stopped".

A police spokeswoman would not immediately confirm that the body was that of the shooter, but said more information would be provided at a press conference later Tuesday.

The announcement came after a man, around 30 years old, burst into the Islamic Centre in central Zurich around 5:30 pm (1630 GMT) on Monday and began shooting at worshippers, according to police.

He "fired several shots at the worshippers," police said.

"Three men, aged 30, 35 and 56, were injured, some seriously. The suspect then escaped from the mosque in the direction of Central Station," the statement said.

A police spokesman told the RTS public broadcaster that the youngest and oldest victims were both seriously injured, while the 35-year-old was slightly hurt in the shooting.

Police had immediately launched a manhunt for the shooter, using torches and sniffer dogs, and urged witnesses to come forward.

They did not immediately provide any details about the suspected motive for the shooting.

While the search was still getting started, a body was found a few hundred metres (yards) from the scene, on a river bank under a bridge, but it was not clear late Monday if the find was linked to the shooting.

An AFP photographer said the body had been draped with a white sheet.

Around a dozen people were inside the prayer hall at the time of shooting, the ATS news agency reported, citing a number of people there, adding that a prayer service had been scheduled for 4:45 pm (1545 GMT).

The worshippers were mainly from North Africa, Somalia and Eritrea, ATS reported.

A number of Swiss mosques, including one near Zurich and the main one in Geneva, have in recent months been accused in media of allowing or encouraging the radicalisation of their worshippers, especially younger members of their congregations.

Switzerland, a country of some eight million people, has some 450,000 Muslims, according to Swiss media.