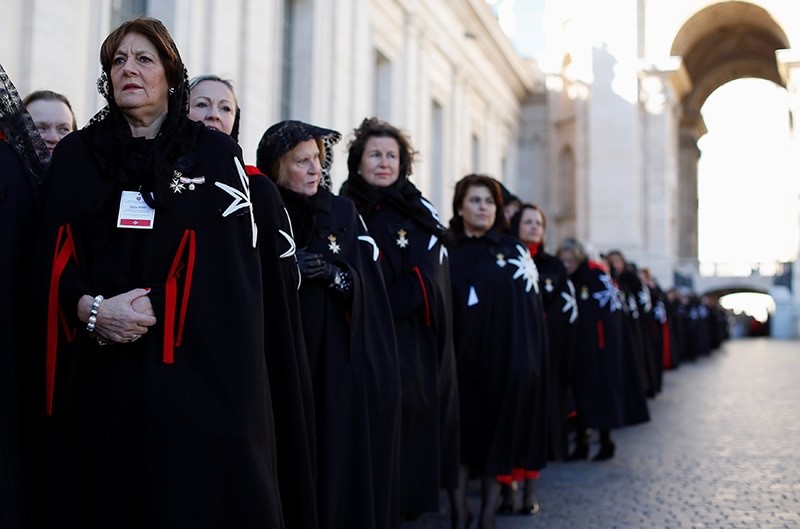 The Order of Malta, the ancient Roman Catholic aristocratic lay order, has told Pope Francis that his decision to launch an investigation into the ouster of a top official over an old condom scandal is "unacceptable."

In an extraordinary rebuke of the pontiff, the group said late Friday that the replacement of its grand chancellor was an "act of internal governmental administration of the Sovereign Order of Malta and consequently falls solely within its competence."

Francis on Thursday appointed a five-member commission to investigate the Dec. 8 ouster of Albrecht von Boeselager amid evidence that Francis' own envoy to the group, conservative Cardinal Raymond Burke, helped engineer it without his blessing.

One charge used against von Boeselager concerned a program that the order's Malteser International aid group had participated in several years ago with other aid groups to help sex slaves in Myanmar, including giving them condoms to protect them from HIV infection.

Church teaching bars the use of artificial contraception. Von Boeselager has said as soon as the order's headquarters in Rome learned of the condom distribution, two of the projects were immediately halted. A third continued, he said, because an abrupt end to the project would have deprived a poor region of Myanmar of all basic medical services. The project eventually ended after the Vatican's doctrine office intervened.

Burke is a hardliner on enforcing church teaching on sexual morals. As a result, the dispute roiling the order is emblematic of the broader ideological divisions in the Catholic Church that have intensified during Francis' papacy, which has emphasized the merciful side of the church over its doctrinaire side.

Von Boeselager has said he was asked to resign Dec. 6 during a meeting with Burke and the order's leader during which he was told that the Holy See wanted him to step down. He said he subsequently learned that the Holy See had made no such request.

In its statement, the Knights of Malta said the pope's decision to appoint a commission to investigate von Boeselager's replacement was a result of a misunderstanding with the Vatican's secretariat of state, and said that it had explained the situation in a letter to Francis.

The Order of Malta has many trappings of a sovereign state, issuing its own stamps, passports and license plates and holding diplomatic relations with 106 states, the Holy See included.

Francis appointed Burke to that position in 2014 after removing him as the Vatican's supreme court justice. Burke has since emerged as one of Francis' top critics, particularly over his flexible approach to whether civily remarried Catholics can receive Communion.

The knights trace their history to the 11th-century Crusades with the establishment of an infirmary in Jerusalem that cared for people of all faiths making pilgrimages to the Holy Land. It now counts 13,500 members and 100,000 staff and volunteers who provide health care in hospitals and clinics around the world and respond to war zones and natural disasters.