PKK supporters rally freely on the streets of Paris 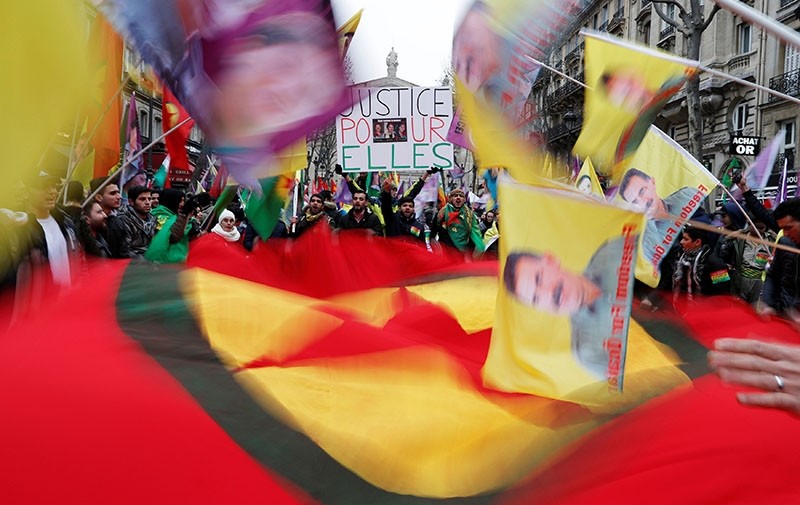 The PKK supporters gathered to mark the death anniversary of Sakine Cansız, Fidan Doğan and Leyla Sönmez, three PKK members who were killed in a building in Paris in January 2013.

Organizers and attendants of the event also chanted slogans against France, demanding that the murder of the three PKK members be uncovered.

Another remembrance ceremony for the killed PKK members was held on Friday in Switzerland's Basel.

The terror group is also responsible for the recent terror attacks in Turkey's western Izmir and central Kayseri provinces.

The PKK's campaign - killing civilians in the name of freedom for Kurdish citizens in Turkey - is not a new one. It is responsible for roughly 7,000 civilian deaths since it was founded. The majority of these victims were Kurdish citizens of Turkey who were killed for supporting the Turkish government at a time when attacks were intensifying in the predominantly Kurdish cities in eastern and southeastern Turkey where the PKK struggled to garner support.

The PKK is recognized as a terrorist group by the U.S., EU and Turkey.

Despite being on the EU's official terrorist organizations list, the PKK's presence in Europe has been met with indifference in some European countries, resulting in an anomaly widely criticized by Ankara, who argues that the anti-terrorist rhetoric used by EU leaders directly contradicts the enabling of PKK activities in EU-member countries.