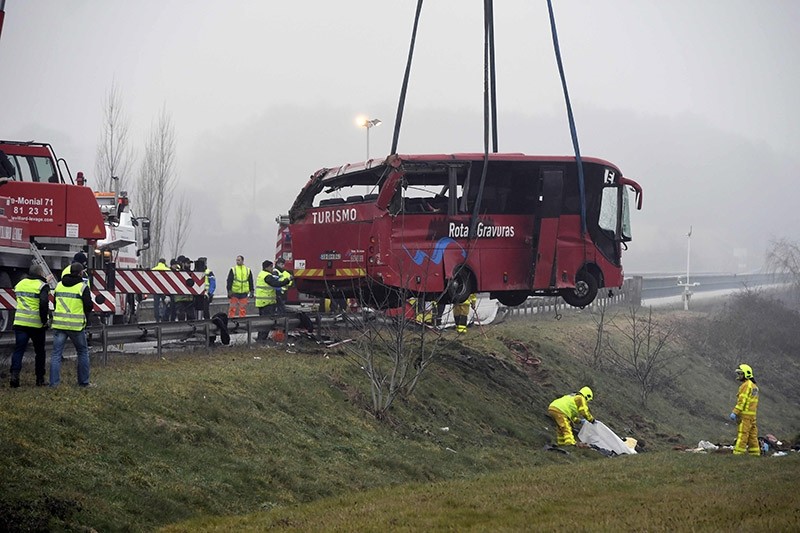 Four Portuguese tourists were killed and some 20 others injured Sunday when their bus crashed off a highway in central France known locally as the "road of death", authorities said, revising an earlier toll.

The 40-seat bus was on its way to Switzerland when tragedy struck, the local Creusot-Info website said.

Authorities had earlier reported five deaths, but rescue workers were able to resuscitate one of the passengers, local authorities said.

Before dawn, the bus crashed off the Central Europe Atlantic Road in the Saone-et-Loire region, that sees several accidents a year, many of them deadly.

It appears the driver may have lost control of the vehicle because of ice on the road.

As a cold wave hits much of Europe, a weather alert has been issued for central and eastern France.

In March last year, 12 Portuguese passengers died when their minibus collided with a lorry on the same motorway.