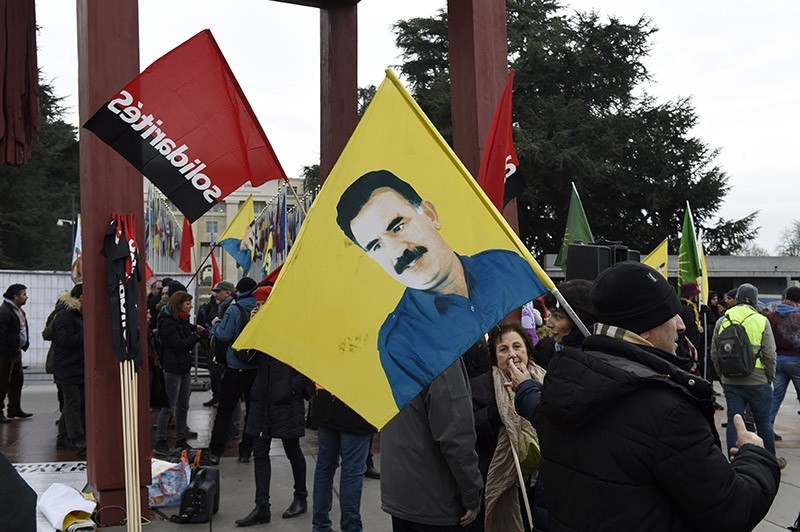 Hundreds of PKK supporters organized a rally Thursday in front of the Palace of Nations, the United Nations headquarters, in the Swiss city of Geneva.

According to Swiss police sources, the gathering attracted around 300 participants in front of the Palace of Nations, where the leaders and representatives of the Turkish Republic of Northern Cyprus (TRNC), Greek Cypriot administration, Turkey, Greece, and the United Kingdom are holding negotiations over the reunification of Cyprus under U.N.'s monitoring.

The rally was organized by the marginal, radical Trotskyist Swiss party solidaritéS. Banners, placards, and flags promoting the PKK were seen all over the rally.

The PKK is officially listed as a terrorist organization by Turkey, the U.S., and the EU. The terrorist group resumed a 30-year armed campaign against the Turkish state in July 2015.

Many supporters of the terrorist group, who claim persecution in Turkey, find asylum in European countries. The PKK, exploiting several nongovernmental organization fronts, is active in many European countries including Germany, Austria, Denmark, France, the Netherlands, Switzerland and Greece.