Storms leave hundreds of thousands without electricity in France 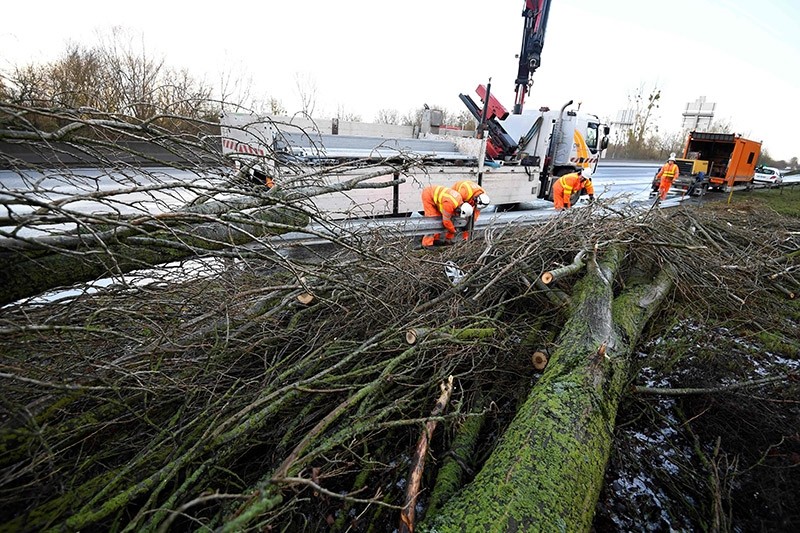 Crews were working to repairs lines, after raging winds knocked out lines especially in the north and the west of the country, Enedis said. The regions of Normandy and Picardy were particularly hit.

One woman was killed by a falling branch in the department of Alpes-Maritimes, regional newspaper Ouest France reported.

Strong winds caused havoc for some rail passengers who were stranded overnight Thursday to Friday in a high-speed Thalys train after a tree was blown onto the tracks. The 210 passengers spent the night without electricity, heating and liquids in the train that was travelling from Brussels to Paris.

Attendants passed out hot drinks and blankets to 180 passengers as they waited for a tow, as there was no electricity or heating on board.

Emergency services were called out 4,041 times to deal with the storms' impact.